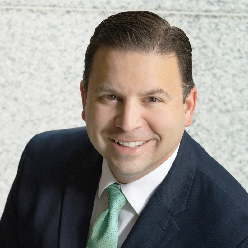 Dan is an experienced government law attorney. He possesses a unique understanding and awareness of a wide array of matters in local governments, having practiced in both the public and private sectors. Dan joined Bercow Radell Fernandez Larkin & Tapanes in 2021 as a Partner.

Through his elected and appointed public service and representation of multiple municipalities, Dan has developed substantial knowledge in issues related to local governments throughout South Florida.  In his private sector practice, Dan has extensive experience representing developers and other property owners before local governments for land-use, zoning, and procurement matters, navigating the complex channels of regulatory, administrative, and public hearing approvals.

Prior to joining the firm, Dan spent a decade representing municipalities as City Attorney. Dan served as the City Attorney for the City of North Miami Beach, City of Miami Springs, and North Bay Village. He also served as the City Attorney for the City of Doral for nearly five years. He has also represented the Towns of Medley, Southwest Ranches, and Cutler Bay, the Villages of Virginia Gardens and Pinecrest, and the Homestead Housing Authority. In his roles as City Attorney, Dan has handled and advised on intergovernmental agreements, public-private partnership contracts, and nearly all types and scales of land development projects, from variances and basic site plans to complex planned unit developments and special area plans.  He has considerable experience in drafting text amendments to comprehensive development plans and zoning codes.  His extensive involvement with public meetings and hearings and public records compliance, give him an invaluable insight to the inner-workings of municipalities across Miami-Dade County.

Dan served on the City Council for the City of Miami Springs for two terms, first elected in 2009, becoming the youngest elected official in the city’s history and one of the youngest in Miami-Dade County. While in office, he was a member of the Intergovernmental Relations Legislative Committee of the Florida League of Cities, and chaired the Legislative Committee of the Miami-Dade League of Cities.  Prior to that he served on the city’s Planning and Zoning Board/Board of Adjustment for five years.  His community involvement continues as a Member of the Board of Directors, and Chairman of the Government Committee, of the South Florida Hispanic Chamber of Commerce where he was awarded with the South Florida Legal Award in 2022.

In 2011, Dan was named one of the “Top Young Leaders of Miami” by Latino Leaders Magazine, and was named the “Elected Official of the Year” by the South Florida Hispanic Chamber of Commerce. In 2015, he was named a Miami Fellow by the Miami Foundation and in 2016 was accepted into Leadership Florida’s Connect Florida program. He has recently been named a Rising Star by the Daily Business Review, a Top 40 under 40 Lawyer by the South Florida Business Journal, and a Top Legal Up and Comer by South Florida Business and Wealth Magazine. In 2018, the Chamber awarded Dan the annual Sunshine Lawyer of the Year Award.