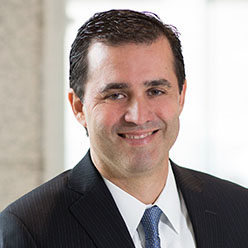 Ben has been active for more than 30 years helping to transform properties throughout  Miami-Dade County and the City of Miami by representing landowners, institutional clients and developers on land use and zoning matters.  His practice covers local and state real estate permitting and licensing, zoning, site plan and other land use approvals, amendments of zoning code, local comprehensive plans, and master plans, due diligence reviews, concurrency, public-private partnerships, and environmental matters.  He also frequently represents clients on historic preservation matters.

Ben obtained zoning approvals for the first 85 story skyscraper in the City of Miami located on Brickell Avenue.  He frequently serves as a counselor on matters requiring due diligence  with respect to complex county and municipal regulatory regimes involving zoning, land use, and development matters.

Prior to joining the firm, where he became a name partner in 2007, Ben practiced land use and zoning law with the Miami office of Stroock & Stroock & Lavan and with Ferrel Cardenas & Fertel.  He began his legal career as a litigator with Cassiday Schade & Gloor in Chicago.

Ben has been named as one of the Best Lawyers in America for the past four years, recognizing his role as a leading land use and zoning attorney in the City of Miami.

He was appointed to serve the City of Miami Housing and Commercial Loan Committee by the City Commission in 2009 and holds the position to this day.  He has been a member of the Metropolitan Dade County Environmental Advisory Task Force and together with law firm partner Jeffrey Bercow, contributed to the American Bar Association’s Section on Real Property, Probate and Trust Law National Newsletter for the Eleventh Circuit on land use law issues.

Committed to his community in many ways, Ben also forms part of the Board of Trustees for WDNA 88.9FM Public Radio, a Jazz radio station which provides quality music, arts, and cultural programs to the communities of South Florida.