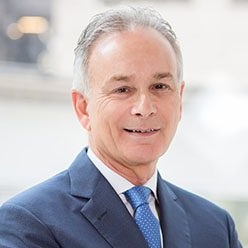 Jeffrey has practiced land use and zoning law for over 35 years, and also has practiced in the fields of real estate law and litigation, earning recognition for himself and the firm he co-founded in 1996 with Michael Radell.

As one of the most prominent attorneys in his field, Jeffrey represents real estate developers, landowners, institutional clients, lenders and other property owners. His practice covers all aspects of local, state and federal real estate permitting and licensing, including zoning approvals, amendments of local government comprehensive plans, developments of regional impacts (DRIs), due diligence reviews, growth management, concurrency and environmental matters.

Jeffrey has been selected as one of the Best Lawyers in America, ranked in Chambers USA as a top lawyer in zoning and land use and has received recognition as Florida Trend’s Legal Elite. In 2017 he received the Dade County Bar Association’s Top Zoning and Land Use Attorney. The Legal 500 United States has named him as one of the leading land use/zoning lawyers in the United States since 2004, and in 2019, named him to its “Hall of Fame.” Best Lawyers in America has recognized him every year since 2005 in the fields of land use, real estate and environmental law, and named him the “Miami Land Use and Zoning Lawyer of the Year” in 2012, 2018 and 2021.

Jeffrey is former Chairman of the Expressway Authority Committee of the Greater Miami Chamber of Commerce’s Transportation Group. As an active member of the Builders Association of South Florida, he has served as Chair of the Impact Fee Committee and as Vice Chairman of the Planning, Zoning and Growth Management Subcommittee and was the association’s representative the Joint Board of County Commissioners and Miami-Dade County School Board Working Group on Public Schools Overcrowding Relief and the Miami-Dade County Public Schools School Siting, Planning and Construction Committee. He chaired the Metropolitan Dade County Transportation, Infrastructure and Concurrency Task Force advising the Board of County Commissioners on transportation, mass transit, and other infrastructure matters. He also served on the Dade County Parks and Recreation Department’s Park Impact Fee Advisory committee.

At the state level, he served as a member of the State of Florida’s Transportation and Land Use Study Committee, as an appointee of the Secretary of the Department of Community Affairs.