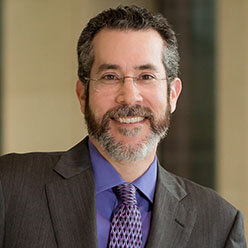 Matt is approaching 20 years of practicing law, all at Bercow Radell Fernandez Larkin & Tapanes and has risen in the ranks from a summer associate to Partner.  His strong, life-long personal interest in the environment has grown into the world of responsible zoning and development.  He advises clients on a wide array of land use, zoning and associated environmental matters, and manages development applications from single-family homes to preservation and renovation of historic structures to large mixed-use high-rises throughout South Florida.  Matt is adept at keeping the goal in mind while maneuvering through the often complex approval processes, spotting and addressing potential issues, and working collaboratively with client teams, city administrations and stakeholders to achieve the best possible outcome.

His attention to detail is a tremendous asset to clients, especially at the intersection of broadly applied zoning codes, architectural creativity and environmental considerations, such as resiliency.  This is evident in Miami Beach where Matt has cultivated great expertise in managing single-family home projects through the complicated and extensive regulations, and also in Miami-Dade County and North Miami Beach where urban centers and mixed-use districts, respectively, require adherence to extensive regulations for ordered development.

Land use and zoning was not Matt’s original career path. He was a field inspector and code enforcement officer at Miami-Dade County Department of Environmental Resources Management (DERM). These close ties with environmental enforcement propelled him to law school, where he obtained valuable legal experience working as a law clerk at the United States District Attorney’s Office for the Southern District of Florida in the Environmental Crimes Division. He also clerked in maritime law and assisted the legal affairs division of Everglades National Park.

Prior to his law career, Matt attended Cornell University where he earned a Bachelor’s Degree in Chemistry, graduating with distinction in all subjects in December 1995. He experimented in the color negative film research laboratory at Eastman Kodak in Rochester, New York, and then became a research scientist at Johnson & Johnson Consumer Products in Skillman, New Jersey. Matt honed his project management skills there, helping formulate and bringing several new wound care products to market, including the Antibiotic Band-Aid.

Matt is an avid long-distance runner who has completed six marathons, dozens of half marathons, including holding and continuing a now 20-year streak at the annual Miami Half Marathon, and numerous shorter distance runs. In addition, he enjoys trail running and orienteering competitions. He passes on his enthusiasm for running as the proud Captain of Team Bercow that participates annually in the Corporate Run, a 5K race in downtown Miami.  Matt continues to demonstrate his commitment to the needs of our fragile ecosystem through everyday recycling, local events, such as Biscayne Bay cleanups, and nationally through his support of environmental causes.