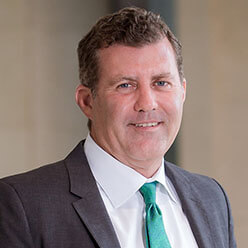 Michael has an active land use and zoning practice in Miami-Dade County, with a broad specialization in Miami Beach, where he frequently appears in front of the City Commission, Historic Preservation Board, Design Review Board, the Board of Adjustment, and the Planning Board. Michael also does work in Bay Harbour, Sunny Isles, Key Biscayne, Aventura and Bal Harbour. Additionally, his practice extends to appellate litigation matters before the Eleventh Judicial Circuit’s Appellate Division and the Third District Court of Appeal.

Prior to joining the firm and becoming a shareholder, he practiced with the land use and zoning group of Bilzin and Sumberg in Miami. Following graduation from law school, Michael clerked for the Honorable David L. Levy of the Third District Court of Appeal for two years.

The Best Lawyers in America and The Legal 500 have consistently recognized Michael as a top lawyer in the practice of Land Use and Zoning on their yearly publications for the last 10 years.