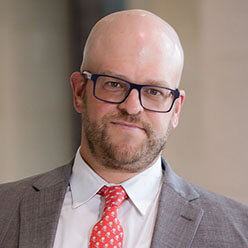 Michael (Mickey) has been practicing land use and governmental law for more than two decades. His law practice is focused primarily on representing clients throughout South Florida in all areas of development approvals including zoning, land use, due diligence and permitting.  Additionally, Mickey has helped  clients with a myriad of code enforcement and compliance issues. In particular, he has recently been involved with major projects in the City of Miami Beach and the City of Aventura.

Mickey previously practiced land use, government relations and municipal law at Weiss Serota Helfman Pastoriza Cole & Boniske and was an Assistant City Attorney for the Town of Miami Lakes, the City of Marathon and Islamorada, Village of Islands, advising their municipal councils, local planning agencies, zoning boards and municipal staff.

He received his Bachelor’s Degree in Business Administration, cum laude, from the University of Miami in 1999 and his Juris Doctor from the University of Miami School of Law in December 2001. He served as the Vice-President of the university’s Student Government Association and was active in many philanthropic and leadership organizations. Mickey was recognized as a member of Iron Arrow Honor Society, Omicron Delta Kappa Honor Society, Gamma Sigma Alpha Greek Honor Society, Mortar Board Honor Society and the Order of Omega. While in law school, Mickey served two terms as Chief of Iron Arrow Honor Society, as well as one term as a Medicine Man/Secretary. He was also involved with Student Bar Association as a Senator.