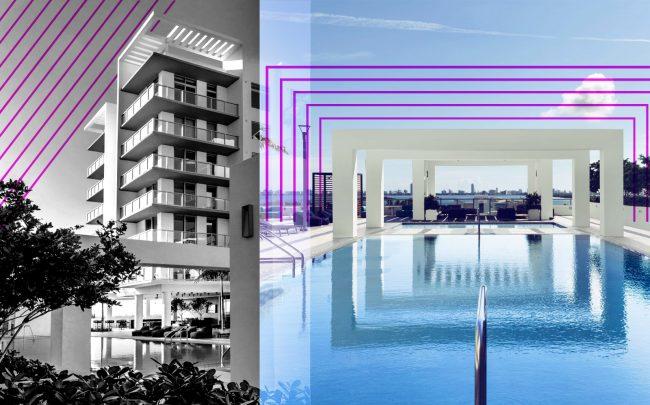 A year after completing a residential project near the Miami Design District, Alta Developers started recording closings at Quadro.

The firm, led by principal and CEO Raimundo Onetto, originally planned the 198-unit, 12-story development as a rental tower, then changed course and launched sales earlier this year as a condo project offering long-term and short-term leases. Plans for the building at 3900 Biscayne Boulevard were first announced in 2016.

Onetto said in a press release that the move-in ready units are “incredibly desirable” and offer flexibility with length of lease “in these uncertain times.” Buyers can purchase units furnished with amenities for short-term renters.

Projects with short-term rental options such as YotelPad and Natiivo Miami are not yet completed.

Units at Quadro start at $300,000 and include studios, one-bedroom and two-bedroom units ranging from 548 square feet to 1,280 square feet. The two-tower project connects at the shared sixth-floor amenity level that features a pool deck with views of Biscayne Bay and the Design District.

Note: The firm provided subdivision and permitting advice to Alta for the Quadro project.