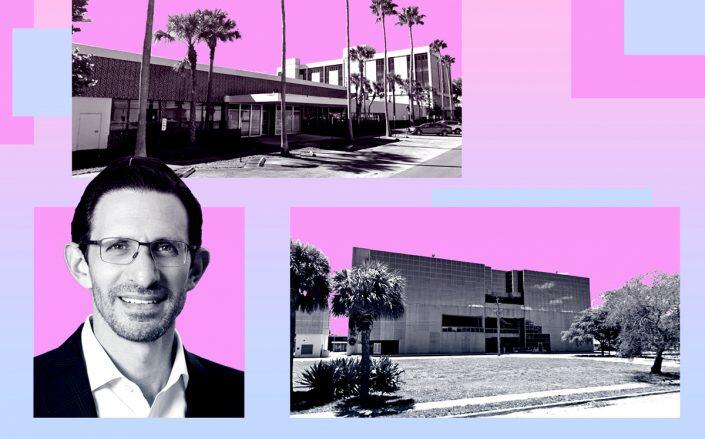 The plan is for a roughly 700-unit, market-rate complex with indoor and outdoor amenities on the 8.8-acre site at 1750 and 1775 Northeast 167th Street, Pearl told TRD. Matt Press of EquiShares and Isaac Khabie of ARK Ventures are project partners.

The development would be built under existing zoning, which allows for three-story to eight-story buildings. A project application has not yet been filed to the city.

“We are going to create a new residential neighborhood, something the area hasn’t seen in many, many years,” Pearl said. “It’s a large enough scale that we can create a new community and something really special within the existing fiber of North Miami Beach.”

Pearl, founder of Hallandale Beach-based PPG Development, along with Press and Khabie, scooped up the property that is home to three buildings and a vacant lot in April from Dezer Development for $31.1 million. Dezer had purchased the campus from NSU in 2018 for $20 million, records show.

NSU, which has its main campus in Davie, leases about 10 percent of the property, in one building. The school moves out next summer when its lease runs out, Pearl said.

South Florida’s multifamily market has been booming because of high demand. North Miami Beach has attracted developers betting on the robust market.

Resia, formerly called AHS Residential, paid $57 million for the 17.8-acre vacant site on the southeast corner of Northeast 159th Street and West Dixie Highway in North Miami Beach in March. The mostly vacant site has approvals from 2018 for a 2.5 million-square-foot mixed-use project with residences, offices and retail. Resia has not yet announced its plans for the property.