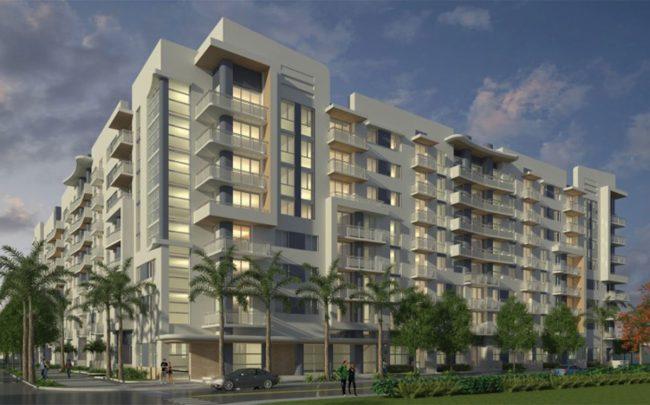 The village council voted last month for a development agreement with an entity managed by Barrington Brothers LLC, a local multifamily developer with projects in the Upper Eastside and Little Havana. As part of the agreement, Barrington, led by Arthur and Ken Barrington, will be able to build an eight-story structure with an option for two bonus stories.

The building would include 282 market rate rentals, ground-floor workspaces and 351 parking spaces, according to the development agreement. Called The Kavista, the proposed project would be built on two acres of vacant land at 471 Northeast 83rd Street.

The project is adjacent to the site of the former Little Farm trailer park, on land the village rezoned five years ago for mixed-use development with retail, restaurants and low-rise multifamily buildings.

“It’s in an area the village annexed and planned for greater intensity development,” said Ben Fernandez, a land use attorney representing Barrington. “This particular property is right next to the Little River Canal and it is perfectly suited for multifamily.”

Arthur Barrington, a managing director at the development firm, did not respond to emails requesting comment about The Kavista’s construction costs and financing. According to Miami-Dade property records, Barrington combined two lots it purchased in 2013 for a total of $1.1 million. Two years later, another developer, Wealthy Delight LLC, bought the Little Farm trailer park, which totaled just a little more than five acres, for $14.2 million.

According to its website, Barrington is a family-owned and operated real estate company that focuses on assets valued between $500,000 and $25 million. Family patriarch Bruce Barrington developed the 177-room and 297-private villa Hawk’s Cay Resort in the Florida Keys. He sold it for $79 million in 2007.

The firm currently owns two apartment buildings with a total of 128 apartments at 760 Northeast 85th Street in Miami’s Upper Eastside and a 24-unit apartment building near Marlins Park in Little Havana. – Francisco Alvarado