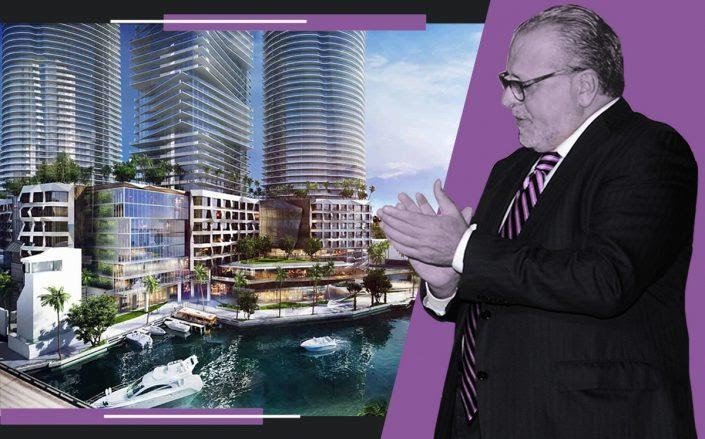 The Chetrit Group is pushing forward with its long-planned mixed-use Miami River mega-project, as it just scored a $15 million construction loan, bringing its total financing to $70 million.

Chetrit Group bought out its project partner, New York-based JDS Development, led by Michael Stern, when it took out the pre-development loan in 2019.

Chetrit Group did not immediately return a request for comment.

The city of Miami approved Chetrit Group’s $1 billion project in October 2015. The plan is for a five-phase development that ultimately will deliver a 330-key hotel, 1,700 residential units, 266,000 square feet of retail and office, and more than 2,000 parking spaces.

It’s planned for 6.2 acres on the south side of the river, between I-95 to the east and Southwest Second Avenue to the west.

Chetrit Group, founded by Joseph Chetrit, assembled the development site in 2014 for about $90.7 million through multiple deals, according to deeds. Meyer Chetrit is president of Chetrit Group and signed for the latest mortgage.

The project’s slow movement led to controversy last year. Fortune International Group’s new development sales arm, which was under an exclusive sales and listing agreement to sell 318 condos, sued Chetrit Group in April. It alleged that although Fortune performed its duties under their agreement, Chetrit failed to act on its end of the bargain. Chetrit didn’t make progress on the development and stopped communicating with Fortune, according to the complaint, filed in Miami-Dade Circuit Court.

Chetrit’s attorneys submitted a three-page response to the breach-of-contract suit in November, denying the allegations.

Meanwhile, Chetrit’s Tides hotel on Miami Beach’s Ocean Drive is facing a foreclosure lawsuit by the lender, seeking $42 million in unpaid principal plus interest and other costs. – Lidia Dinkova