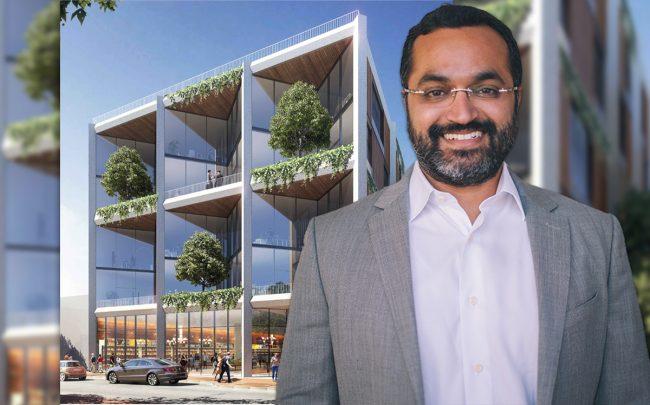 Developer Rishi Kapoor is betting on co-living, starting with three projects in Miami-Dade.

Kapoor, CEO of Location Ventures, is moving forward with a $50 million co-living project at 1234 to 1260 Washington Avenue, now that the Miami Beach City Commission passed co-living legislation for a portion of Washington Avenue from Sixth to 16th streets.

Urbin, a co-living, co-working and wellness real estate platform led by Kapoor, has three Miami-Dade sites in the works, and Kapoor hopes to expand to 100 locations within the next decade, he said.

Co-living operators, including Common and Stay Alfred, are increasingly expanding to South Florida.

Location Ventures is under contract to purchase the Washington Avenue assemblage, said Kapoor, who declined to disclose the price. He expects to close next summer, pending approvals from the historic preservation and planning boards. Attorney Michael Larkin is representing the developer.

The Miami Beach development would involve the renovation of an existing three-story office building into a co-working center and ground-up construction of a new hotel and co-living building with 125 bedrooms, as well as a public shade plaza. The new building will be about six stories tall, with a rooftop and up to 3,000 square feet of retail space, 70 co-living units and 55 extended-stay hotel rooms.

It will also have a rooftop pool and lounge and a rooftop vegetable garden, and on-site water treatment and reuse systems. Touzet Studio is the architect.

As part of the legislation that passed last week, all of the co-living units will require leases of at least six months and a day. Micro units will be as small as 275 square feet, and every unit must be fully furnished with a bathroom for every individual renter, and a washer and dryer. Co-living is also limited to a maximum of 50 percent of the development site, and 24/7 security is required.

Urbin also agreed to a ban of chain retailers and restaurants, which is in line with the concept’s plan to include local and micro retailers at its locations.

Twenty percent of the building will also be dedicated to amenity space, which Kapoor said is important “because the idea is you have more common areas than [what’s typical].”

All of the units will be furnished, and rents for a studio and one-bedroom will average just over $2,000 a month. Junior studios, sized at 275 square feet, will be on the market for $1,850 a month, and multi-bedroom co-living apartments will start at $1,000 a month per bedroom.

Kapoor said he’s trying to create inclusionary housing for renters who would be otherwise priced out of neighborhoods like South Beach, like artists and teachers.

The company has raised $85 million over the last year and is in a second $50 million fundraising round. It plans to expand nationally to cities like New York, Los Angeles, San Francisco, Charleston, Atlanta and Nashville, and internationally.

Kapoor said he took over the building at 800 South Dixie Highway near the University of Miami about two and a half years ago, renovated it and rented it out, as a prototype for Urbin. After posting an ad on Craigslist to rent bedrooms for $1,000 a month, it was leased up within three months.

Urbin’s other planned locations in Miami-Dade include a nearly 53,000-square-foot office building at 299 Alhambra Circle in Coral Gables, which is in the design and development stage; and a four-story commercial building at 3138 Commodore Plaza in Coconut Grove, which will be converted into 70 co-living bedrooms with amenity space.

Kapoor hopes to break ground on the Washington Avenue project by the fourth quarter of next year and complete it within two years. – Katherine Kallergis

Published in TheRealDeal.com on October 25, 2019

Rendering of Urbin Coconut Grove and photo of Rishi Kapoor