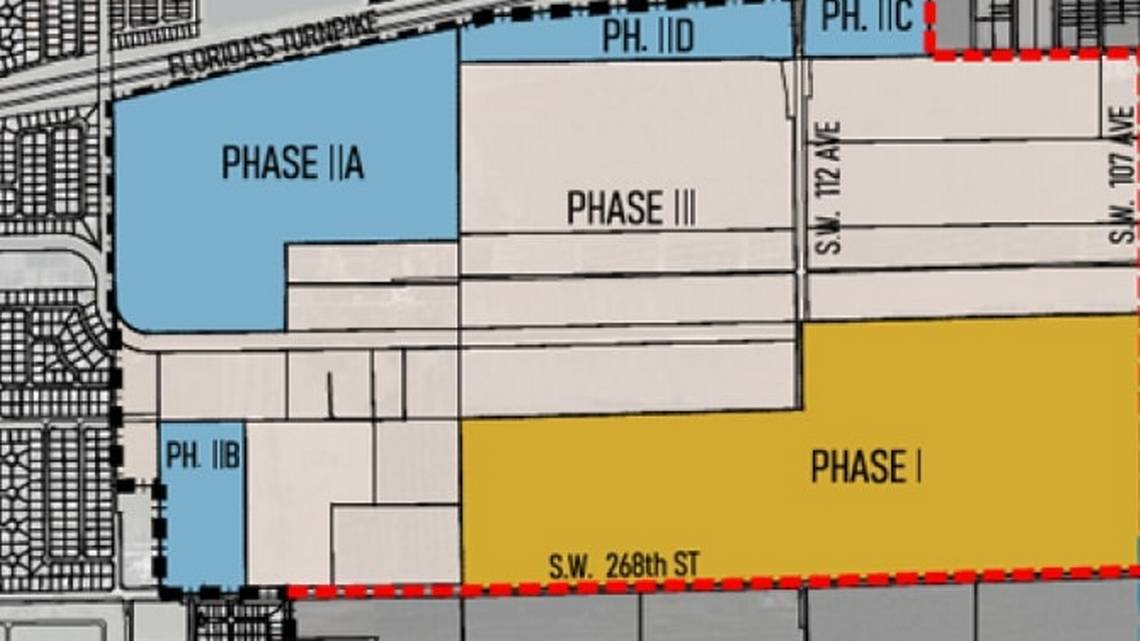 Miami-Dade commissioners on Thursday sidestepped concerns about Biscayne Bay pollution, flooding and hazy development details to give preliminary approval for expanding the Urban Development Boundary and converting farmland into a 9 million-square-foot industrial park near Homestead.

By a 9-3 vote, commissioners voted to send the expansion application to state agencies for review, a key step for developers in their effort to move the “UDB” for the first time since 2013.

“I’m going to always try and protect our environment and our bay,” Oliver Gilbert, the commission’s vice chairperson, said before voting yes. “But people do actually have to work.”

It was a setback for Mayor Daniella Levine Cava, whose administration opposed the application but played a minor role in Thursday’s debate. Chairman Jose “Pepe” Diaz declined to let county planning staff make a presentation against the proposal, and Levine Cava did not attend the meeting.

The vote isn’t final, with a second vote needed after a state review of the proposal for an 800-acre warehouse hub, hotel and shopping center off Florida’s Turnpike.

The proposed project sits north of Southwest 268th Street, between 107th Avenue and 122nd Avenue. The northern boundary is the Turnpike extension that connects Homestead with the expressway.

Developer Aligned Real Estate Holdings and its lobbying team pitched the South Dade Logistics and Technology District industrial park as a way for Miami-Dade to fix decades of poor planning in South Miami-Dade as a source of affordable housing but lacking decent-paying jobs.

The project’s economist says about 12,000 people will work there once the complex is fully constructed. Opponents mocked that estimate as grossly inflated, but backers said they would welcome the county’s finally making it easier to commute from South Miami-Dade.

“We’ve been left out for too long,” said Bessie Young, a Homestead resident who told commissioners about the long drives to work required to keep her household afloat. “I support this item 100%.”

In the 2020 mayoral campaign, Levine Cava was the choice of environmental groups that make up the “Hold the Line” effort. She could veto the commission’s decision, but the nine votes would be enough to override the mayor’s action.

“We are a community with a history of preserving and protecting our environment and preventing encroachment into the Everglades,” Levine Cava said in a statement after the vote. The project area “poses a great risk to our local environment, particularly Biscayne Bay.”

VOTING AGAINST THE PROPOSAL

Commissioner Danielle Cohen Higgins, who represents the district that includes the proposed project site, voted against the application, as did Eileen Higgins and Raquel Regalado. Commissioner Keon Hardemon did not attend the meeting. While it takes nine commission votes to expand the UDB, it only takes a majority — seven votes — to send an expansion application to the state for review.

The Urban Development Boundary forms the outer edges of where companies can construct housing subdivisions, strip malls and warehouse centers, and creates a development buffer designed to protect the Everglades and Miami-Dade’s declining footprint of farmland.

The proposed South Dade Logistics and Technology District industrial park sits a couple of miles from the Homestead Air Reserve Base, which is part of a growing cluster of warehouse facilities built within the existing urban-development area.

One objection from county staff centered on the relatively small portion of the proposed project area that developers Stephen Blumenthal, Jose Hevia and partners actually control.

The developers only have assembled about 47% of the 800 acres that make up the planned industrial park. They submitted zoning rules and a building plan for that portion but not for the other 400 acres owned by others that would also be brought into the urban-development area under the proposal.

On Thursday, a representative of the Air Reserve Base told commissioners the military facility has “concerns” about the proposal to expand the UDB without a detailed development plan for about half of the property. “It is crucial the base is provided detailed information on future land use prior to moving the UDB,” base representative Larry Ventura said.

Jeffrey Bercow, an Aligned lawyer, said about half of the projected 12,000 jobs touted from the industrial park come from land developers don’t control and could remain farmland if the other owners opted to leave the area idle.

“This application just isn’t cooked yet,” Cohen Higgins said before voting against transmitting the approval.

Commissioners could have voted to transmit the application with a recommendation for state planners to approve it — a largely symbolic distinction that is not binding on the Florida agencies that will review the application.

The board instead took the more neutral option of just transmitting the application — the outcome sought by the sizable lobbying team assembled for the effort.

Miami-Dade’s planning staff expects a 30-day state review, followed by another hearing and commission vote. Bercow said developers have already lined up a “Fortune 50” company as a major tenant — the team is privately identifying Amazon as ready to rent space there — on the condition that construction start by January. 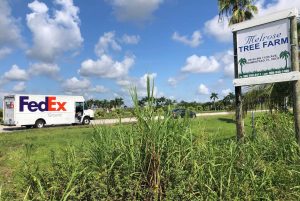 The state-review window could give time for opponents or Levine Cava to try and flip the votes of commissioners, including René Garcia and Sally Heyman, who backed Cohen Higgins in an early round of voting before switching to the yes side.

Some opponents slammed the process as an example of the political influence developers enjoy in Miami-Dade.

“This is pathetic,” said Julieta Rodrigo, a Miami Beach resident. “These developers have been lying to us all morning, and it’s pissing me off.”

Developers also have time to expand their supporters on the board. They plan to expand the owners who will submit their own zoning applications for the proposal, reducing the amount of acreage that would come into the urban area without detailed plans.

Companies tied to retired banker Leonard Abess own about 100 acres in the proposed district but had objected to the UDB application as imposing restrictions on their land. The companies recently filed zoning applications allowing the farmland to be converted to warehouses.

The project area sits in a low-lying area deemed a high risk for coastal flooding. Aligned Real Estate Holdings said the project will be elevated to mitigate damage from storm surge.

Opponents warned the complex will be a flood risk for neighboring housing areas and give Miami-Dade another area poised to become an expensive problem as sea levels rise and storms worsen.

“It’s unnecessary and it’s dangerous,” said Eve Samples, executive director of the Friends of the Everglades. “There is ample industrial land inside the UDB. … This is among the areas least suitable for development because of storm surge.”

The project is proposed for an area that’s already designated for expansion of the Urban Development Boundary once the county determines there isn’t enough buildable land inside the UDB. Bercow argued the new park would let Miami-Dade compensate for decades of poor planning in South Miami-Dade.

“The jobs have not followed to South Dade,” he said. “South Dade today is the poster child for urban sprawl.”

An Aug. 27 report by the county’s Regulatory and Economic Resources Department, however, said South Miami-Dade already has enough vacant industrial land to accommodate new projects through 2040. If the proposed South Dade Logistics and Technology District industrial park gets built, it would take more than 100 years for the market to absorb the new space, the report found.

“If approved as filed, the application would encourage the proliferation of urban sprawl,” the report said.

Planning staff had planned a presentation to commissioners about their recommendations to keep the UDB in place, but Diaz wouldn’t allow it. He did grant developers more than 20 minutes for their presentation, along with time to rebut anything said during the public comments.

With more than 100 people gathered to speak, Diaz gave each participant 60 seconds to address commissioners — a limit that had him cutting off an Interior Department representative there to share concerns about the proposal’s impact on future Everglades restoration efforts.

“Unreal,” Laura Reynolds, a longtime advocate with the Hold the Line coalition who had asked for two minutes to give the environmentalists’ side. “What can you possibly say in one minute?”