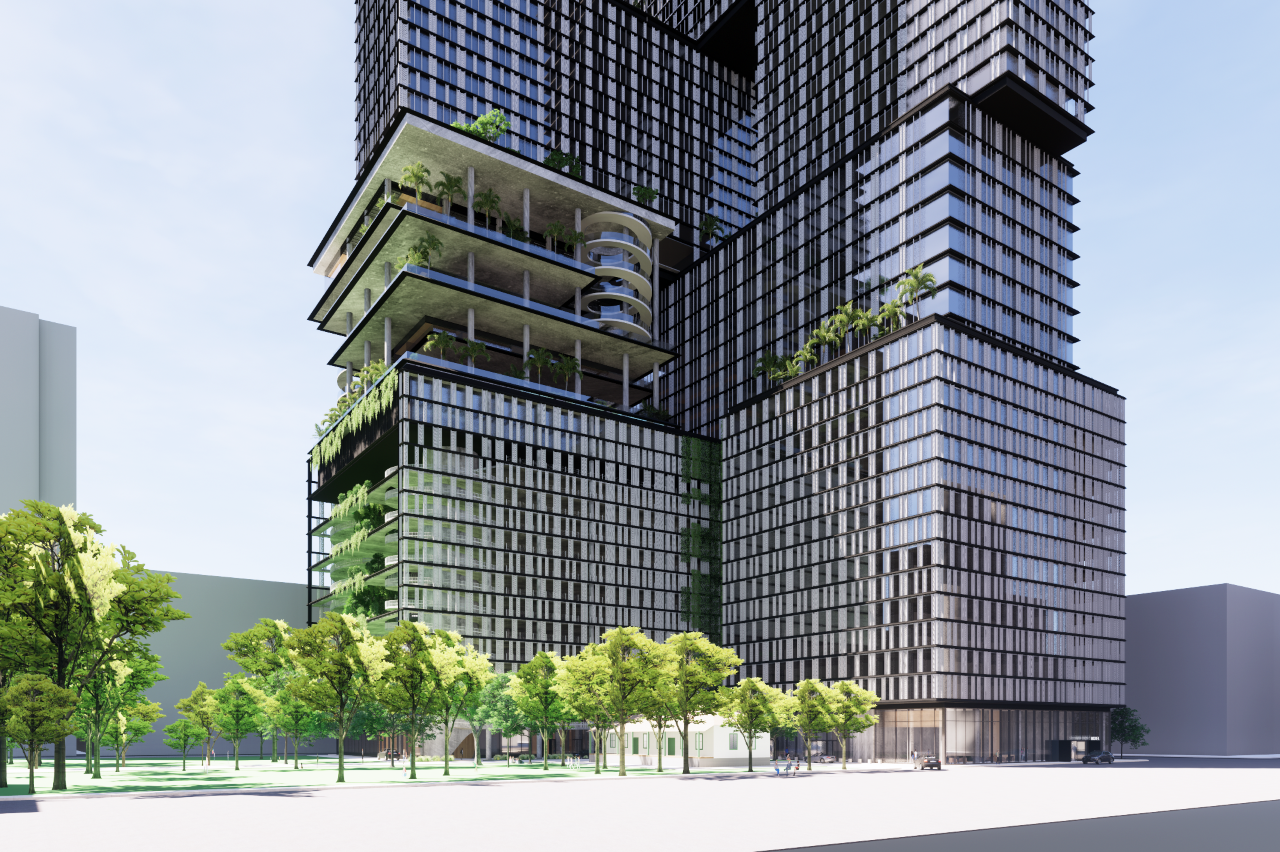 JDS Development Group is looking to assemble property in Brickell, including a city of Miami fire station, to build a 62-story project.

The New York-based developer, led by Michael Stern, would build a new fire station for the city within its mixed-use project, and contribute millions of dollars to the city. The project would be directly west of the Brickell Metrorail Station, where the city wants to foster more development to encourage ridership.

A similar, but smaller deal, for the fire station property from a different developer has stalled. In 2017, the City Commission approved a deal with Southside Place LLC to redevelop the fire station on the 32,250-square-foot lot at 1105, 1115, 1131 and 1133 S.W. Second Ave. It would have combined it with the neighboring lot of 10,500 square feet at 191 S.W. 12th St. to build apartments and retail.

According to a city staff memo, Southern Place didn’t secure control of the property at 191 S.W. 12th St. and didn’t meet the deadlines under the agreement. 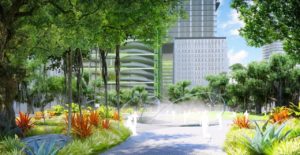 On Feb. 24, the City Commission will consider a proposal to terminate the deal with Southside Place and enter a new agreement for the Brickell fire station parcel with 191 SW 12 Owner LLC, an affiliate of JDS Development Group. It has the property at 191 S.W. 12th St. under contract and is also in negotiations to purchase the 22,500-square-foot site at 145, 155 and 165 S.W. 12th St., according to a city memo.

If JDS Development Group assembles all three sites, it would have nearly 1.5 acres and share the block with the city’s Southside Park.

Under the proposed deal, the property would be zoned 500 units per acre.

The City Commission was also asked to exempt the developer from public bidding on the construction of a new fire station. The city memo said there’s a need for a modern fire station to serve the rapidly-growing neighborhood.

“JDS has been working closely with the city of Miami to create a responsibly designed project with positive economic and social benefits including a state-of-the-art new firehouse and a completely rebuilt Southside Park,” a JDS Development Group spokesperson said. “The private component will consist of a mix of uses, including apartment, hotel, office, retail, and wellness, developed consistent with Miami-Dade County’s Rapid Transit Zone Brickell Station Subzone land development regulations.”

The developer is represented in the application by attorney Melissa Tapanes Llahues. The plans are being designed by Shop Architects and Kobi Karp Architecture. 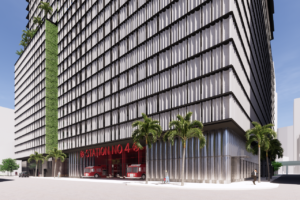 The exact scope of development hasn’t been determined. However, the preliminary site plan shows two commercial towers, a new fire station, and a renovated Southside Park. The towers would include apartments, offices, a hotel, a wellness center with sports courts, ground floor retail, restaurants and a pool on the roof of a 23-story building, and a residential amenity center on the 62nd floor, the top of the tallest tower. Most of the project would be dedicated to residential, including some micro units on the lower floors.

Under the proposed terms, the developer would build a fire station of 31,708 square feet for the city at a cost of at least $8 million. The fire station would utilize 50 parking spaces in the project. The developer would also make a cash contribution of $2.2 million for fire trucks and other equipment, provide at least $1 million for improvements to the streetscape and Southside Park, and set up a revenue stream to pay for maintenance at the park.

In addition, the developer would purchase transfer of development rights (TDRs) from the city’s fire station, First Miami High School and Southside Park in order to increase the density of its project. It would pay at least $5 million for 500 units of TDRs, with another $15,000 for each additional unit purchased, up to a total of 947 units.

When combining the TDR payment with the park impact fee and the public benefit contributions, the developer would pay the city at least $10 million, according to the proposed terms.

The developer would have 18 months from receiving final site plan approval to start construction, and then 36 months after that to complete the fire station. It could use Southside Park for construction staging in the meantime.