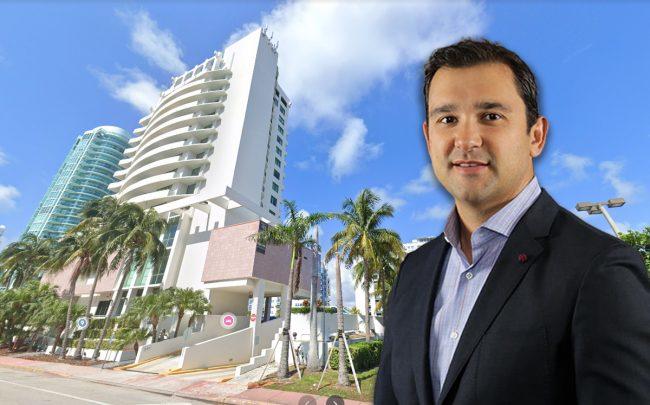 Integra intends to buy all 82 units of a Miami Beach condo-hotel that was once the subject of a fierce foreclosure battle, already spending $15 million for about 80 units.

The partnership is still deciding if the hotel will partner with a brand to make improvements to the building, Ballestas said. He hopes to complete improvements in the next nine months for a relaunch next season.

Among its purchases, Integra just closed on an $11.5 million purchase of 65 units from companies affiliated with Port Orange-based The Schecher Group, records show. Integra also paid $50,000, each, for three units owned by Setter LLC, managed by Alan Lieberman. It also bought a unit from Oded Tabachnik of Encino, California, for $70,000.

Schecher Group is led by Richard Schecher Sr. and Jr. In 2018, Schecher prevailed in a foreclosure lawsuit against dozens of unit owners in the Sixty Sixty. Schecher had alleged the owners failed to pay about $9.4 million in assessments. Unit owners accused Schecher of a hostile takeover of the condo-hotel.

Richard Schecher Sr. appears to have stepped away from the business, becoming an ordained minister in the Universal Life Church in May, according to his website.

Integra has been busy in South Florida. The company recently secured approval from Monroe County for a 280-unit development on Stock Island near Key West. Integra and a partner also plan to invest $58 million to develop a 13-story, 271-unit affordable senior housing project in Miami’s Allapattah neighborhood. – Wade Millward

Published in TheRealDeal.com on November 13, 2020