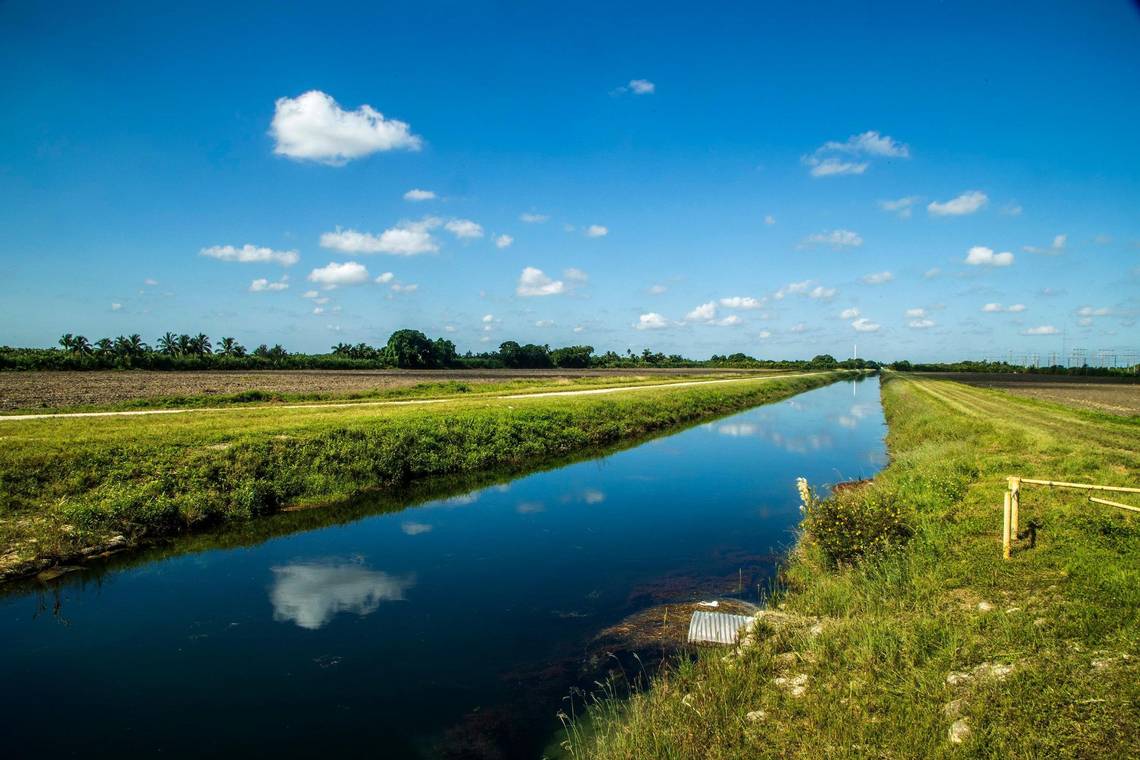 The 8-4 vote came after Commissioner Raquel Regalado dropped her opposition to the South Dade Logistics and Technology District, a proposed 380-acre mix of warehouses, call centers and other commercial uses south of Florida’s Turnpike and north of Moody Drive (Southwest 268th Street).

The project drew opposition from environmental groups, farming advocates, environmental regulators, and U.S. Sen. Marco Rubio, a Republican from West Miami, for its potential to interfere with a federal Everglades restoration project.

“This is the wrong project at the wrong location,” Lauren Jonaitis, conservation director for the Tropical Audubon Society, told commissioners during more than two hours of public comments before the vote.

Backers called it a way to bring more than 7,000 jobs to South Miami-Dade and give residents an alternative to fighting traffic for the sought-after wages from warehouse and call-center work in the northern parts of the county.

“If we had good jobs where we could work in our community, this would eliminate some of that traffic,” said Hattie Middlebrooks, who has a cleaning business in the Naranja area. “Don’t forget about us in South Dade.”

The vote to move the UDB for the first time since 2013 was the fourth chance developers had to win approval, after failing to secure enough votes during sessions in May, September and October. Miami-Dade’s charter requires approval of two-thirds of the commission to move the UDB, which divides the suburbs from farmland and the Everglades.

Staff also opposed the required change to Miami-Dade’s flood policy to build the project, which sits in the county’s “Coastal High Hazard Zone,” typically off-limits to new commercial construction due to the risk of storm surge from hurricanes.

Developers Stephen Blumenthal, David Brown and Jose Hevia pitched their plans for elevated streets and construction as a model for how Miami-Dade can expand its development footprint while mitigating risks from sea-level rise and climate change. Their team said Miami-Dade’s economic growth has the warehouse industry running out of space, justifying an expansion of the UDB to create more industrial land even as a potential recession looms.

“Demand in Miami-Dade County is showing no sign of slowing down,“ said Jeffrey Bercow, a lead lawyer and lobbyist for the development team. “Asking rental rates are the highest ever recorded.

Usually, expanding the UDB requires nine votes on the 13-seat board. But because Gov. Ron DeSantis has not appointed a replacement for the suspended Joe Martinez in District 11, developers needed just eight votes.

If the seat remains empty, eight votes would be enough to override a veto by Levine Cava. Under county rules, a mayor’s veto stands unless two-thirds of the commissioners attending the next meeting vote to override it.

“I’m considering my options,” Levine Cava told reporters after the vote. She said the project will eat up farmland and risk Everglades restoration at a time when industrial operators already have enough warehouse space to accommodate economic growth. “I feel very strongly about this,” Levine Cava said.

While Levine Cava previously had enough support on the commission to block the two-thirds vote needed to expand the UDB, it only takes a majority to allow for re-votes and deferrals.

That gave developers the multiple shots required for the legislative green light as they adjusted the proposal in a bid to flip votes to their side. The project started in May as an 800-acre complex, about double the current proposed size.

Regalado changed her vote after developers added a requirement they donate to Miami-Dade about two acres of environmentally sensitive land for every acre that gets approved for new construction. The land would go into Miami-Dade’s Environmentally Endangered Land program.

In switching her vote, Regalado said she’d rather have Miami-Dade secure new land for preservation than kill the South Dade project in hopes that the federal government might someday include the site in a future Everglades restoration project. The project site is part of a federal study area for land needed to restore freshwater flows from the Everglades into Biscayne Bay, but a final decision hasn’t been made.

“Let’s get real,” Regalado said. “What we have been doing to date has not been working. We’re talking about preservation, but we’re not actually preserving.”

The South Dade venture is the first of several projects proposed outside the UDB that are moving through the approval process, and opponents are warning Tuesday’s vote could signal a new era of suburban expansion for Miami-Dade.

“We are not moving the Urban Development Boundary. We are eviscerating it,” said Cohen Higgins, whose district includes the project site. “We are sending the message to every developer in the county: Come on down.”