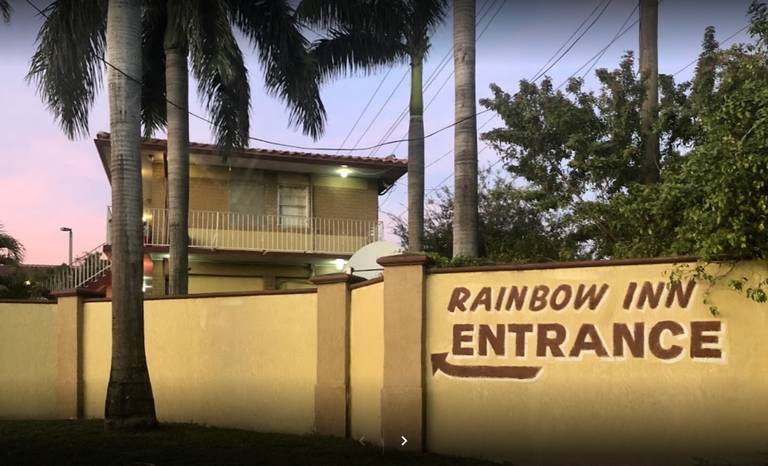 In late April, the Hialeah City Council gave initial approval to a plan to ban hourly hotel and motel rentals, a change with the potential to transform an Okeechobee Road corridor teeming with adults-only motels that some city officials say are hotbeds for criminal activity.

But since then, lobbyists and owners for the motels — which are notorious for their romance-themed rooms and private garage entrances ostensibly designed for one-night flings — have succeeded in softening the council’s stance, working with the city on new legislation that was approved Tuesday night on first reading.

The legislation that got a preliminary OK in a 4-2 vote Tuesday would impose three-hour minimum stays at motels in the city, rather than banning hourly rentals entirely.

That may not require much heavy lifting for the industry: Melissa Tapanes, a lobbyist for the Executive motel chain that has six locations in Hialeah, told the city council that her client already employs three-hour minimum rates. A receptionist who answered the phone Tuesday at the Unique Motel on Okeechobee Road, which also hired a lobbyist in response to the proposed legislation, said the establishment has two-hour minimums.

Still, the latest proposal outlines a host of new requirements for the industry, including guest registration logs, video surveillance systems, and “crime mitigation plans” subject to approval by the city.

Other requirements include payment of a $750 annual fee to help the city enforce the ordinance, security on the premises during peak hours, photo ID provided by renters, and a ban on signage promoting the availability of rooms at hourly rates.

The ordinance is set for a second and final vote July 13.

Council President Jesus Tundidor, who co-sponsored the original proposal to ban hourly rentals, told the Miami Herald before Tuesday’s vote that he adjusted his stance in response to feedback from the industry, the city’s police department and the Miami-Dade State Attorney’s Office.

Tundidor also said he feared that motel owners would follow through on threats to file a class-action lawsuit that the city couldn’t afford to defend. In a letter to city officials Monday, a lobbyist for the Executive motels, Robert Fernandez, argued that there was no correlation between hourly motel rentals and crime, and said the city should instead focus on identifying “bad actors” and shutting those down.

“I think you’d be closed-minded and irresponsible to not want to make any changes, especially as you obtain new data,” Tundidor said.

Hialeah Police Chief Sergio Velazquez told the council Tuesday that, after his department performed a multi-month undercover operation at several Okeechobee motels earlier this year, police found no evidence that criminal activity, such as apparent prostitution, could be tied specifically to the use of hourly rates. Velazquez also said the investigation didn’t uncover human trafficking, a concern cited by city officials pushing the legislation.

The city council directed Velazquez to continue investigating what role hourly rates play, if any, in criminal activity.

State Attorney Katherine Fernandez-Rundle has also told city officials she prefers broader regulations geared toward preventing human trafficking, rather than focusing on hourly rentals. The legislation that passed Tuesday in Hialeah is similar to a proposal that the state attorney helped craft with Miami City Commissioner Manolo Reyes, who will bring his plan forward at a commission meeting Thursday.

Reyes’ proposal will compete with another one by his colleague, Alex Diaz de la Portilla, to impose an outright hourly rental ban that would affect Miami’s strip of motels on Southwest Eighth Street in Flagami. That plan was the subject of disagreement last month and was ultimately tabled.

Hialeah Councilman Oscar De La Rosa — who co-sponsored the original legislation with Tundidor — expressed frustration that most of his colleagues backed off the hourly crackdown under pressure from the motel industry. De La Rosa and Paul Hernandez were the two members to vote for the hourly ban.

After Tuesday’s vote, De La Rosa told the Herald in a text message that his colleagues voted to “give the motel industry exactly what they already have” in three-hour minimum stays.

“The motel industry got exactly what they wanted,” he said.

On May 11, the council postponed a second reading on the original hourly ban proposal until June 8. That date was then pushed back to Tuesday as city officials worked with the industry and law enforcement to hash out the details of a revised proposal.

Coral Gables is the lone city in Miami-Dade County that has banned hourly hotel and motel rentals. In 2016, the city approved an ordinance put forward by now-Mayor Vince Lago, which was originally intended to be a joint effort with Miami to transform the stretch of Calle Ocho that runs from LeJeune Road to the Palmetto Expressway.

In an interview before Tuesday’s vote in Hialeah, Lago commended De la Rosa for taking action on the issue but said he worried about the effect the hotel industry’s lobbying efforts would have. He noted the unanimous vote on first reading and said he expected a different outcome Tuesday night.

“You are seeing the subsequent lobbying efforts by certain special interests leading up to today’s eventual vote,” he said. “There are significant powers at play.”