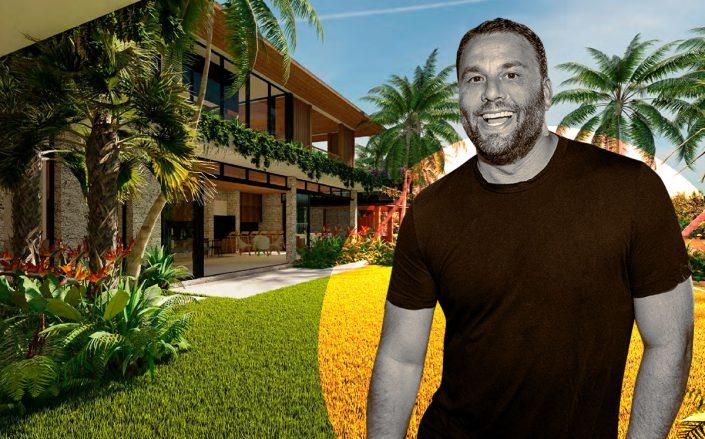 Nightlife entrepreneur David Grutman obtained permission to replace a 1933-era waterfront home on one of the most expensive streets in Miami Beach with a new two-story mansion.

Grutman’s plans were approved by the Miami Beach Design Review Board Tuesday morning by a vote of 4 to 2.

The Groot Hospitality founder won’t necessarily demolish the 87-year-old mansion at 2050 North Bay Road. He’s offered to donate the architecturally significant building, designed by architect Carlos Schoeppl, to anyone willing to cart it away if the home can be moved before Grutman obtains the necessary permits to construct his new home, a process that could take at least six months.

Grutman is planning to build a 13,903-square-foot mansion on the property, designed by Cesar Molina’s CMA Design Studio.

He also agreed to place a bronze plaque on the street commemorating the Schoeppl house.

Grutman’s lobbyist, Mickey Marrero, said his client agreed to the plaque and to forego immediate demolition after meeting with representatives of the Miami Design Preservation League, a Miami Beach-based organization that wanted Grutman to preserve at least portions of the original mansion.

Daniel Ciraldo, the preservation league’s executive director, said he would prefer if the board made a stronger stance in preserving the pre-World War II waterfront home, as many have been demolished in order to make way for contemporary mansions. Though he appreciated Grutman’s officer, Ciraldo said he was uncertain the preservation league will be able to find a new home for the Schoeppl house.

Grutman — whose nightlife ventures include LIV nightclub at the Fontainebleau Miami Beach — purchased the property out of foreclosure for $10.3 million in November after selling his Sunset Islands home for $8.3 million. 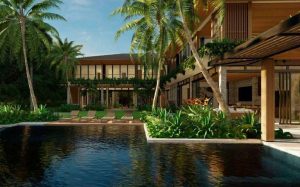 In addition to his nightclubs and restaurants, Grutman is partnering with Pharrell Williams and developer Eric Birnbaum on the Goodtime Hotel on Miami Beach’s Washington Avenue.

Grutman bought the house with the intention of replacing it with his dream home, Marrero said at Tuesday’s meeting. Raymond Jungles was hired to design the landscaping.

However, Design Review Board members Jason Hagopian and Sarah Giller Nelson didn’t think the approved design should include a waiver that would allow a portion of the home to be 107 feet long on the southern portion of the property. The property’s zoning caps the side length for new homes at 60 feet. 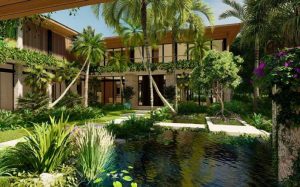 Hagopian said there’s no guarantee that Jungles’ landscaping will always be present to block neighbors’ views of a massive wall, and urged Molina, the architect, to tweak the proposed mansion’s design. “I am just challenging you to find a way to eliminate that waiver,” he said.

Giller Nelson likewise urged a “creative reworking” of the design, pointing out that a recently built large home in her neighborhood used to be surrounded by “beautiful landscaping” until the house was sold, and the plants were removed. “Now we have this eye sore of a house,” she said.

Molina didn’t budge, insisting that the design was essential for the first-floor’s layout. Hagopian and Giller Nelson were the two dissenting votes. – Erik Bojnansky