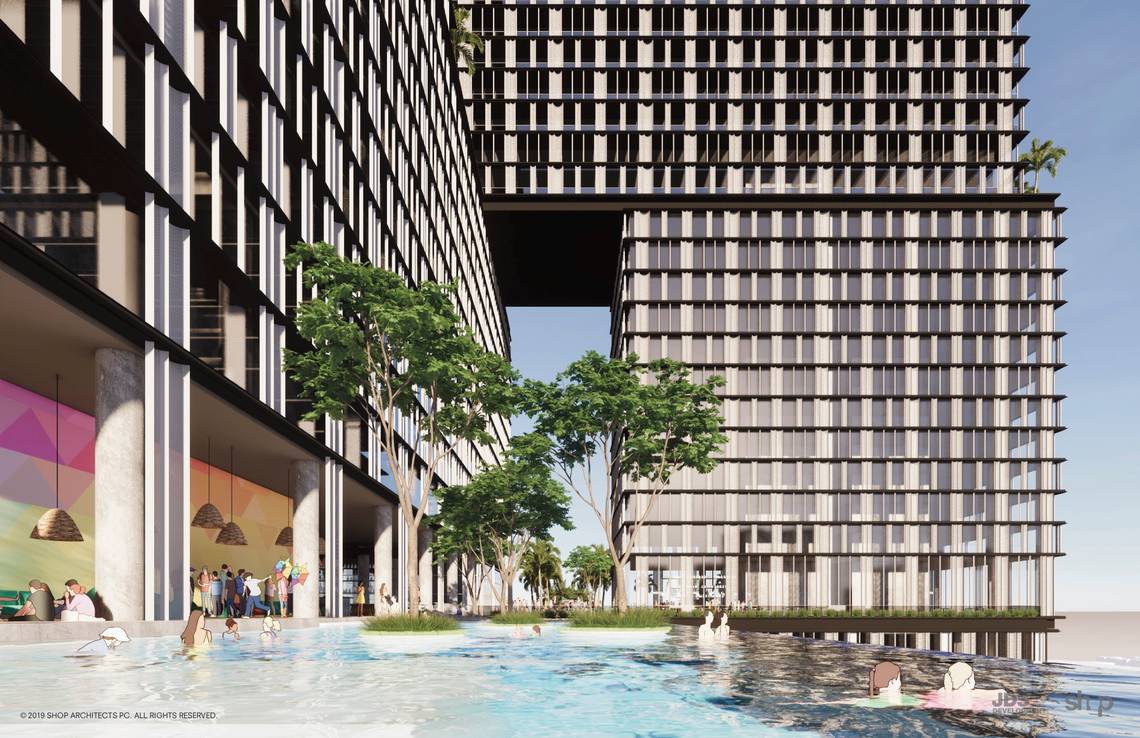 JDS Development Group unveiled plans for 1 Southside Park, a major redevelopment of a city of Miami fire stations into a mixed-use project in the booming Brickell neighborhood.

A zoning application was filed with Miami-Dade County officials by 191 SW 12 Owner, an affiliate of New York-based JDS Development Group, led by Michael Stern, for 1 Southside Park. The project would total 2.48 million square feet in 64 stories.

In February, the City Commission approved an agreement to sell the 32,250-square-foot property at 1105 to 1133 S.W. Second Ave. to the JDS Development affiliate, which would demolish the existing fire station and incorporate a new fire station into its project. At the time, the development plan wasn’t detailed.

It would purchase transfer of development rights (TDRs) from the city’s Southside Park and the historic First Miami High School in order to increase density for the project. JDS Development would also fund significant improvements to the park.

The Covid-19 pandemic has caused a decline in business for hotels, office landlords and condo sellers.

Miami attorney Melissa Tapanes Llahues, who represents JDS Development in the application, said the pandemic hasn’t altered the developer’s plans. A high-rise project like this would take several years to complete, so economic conditions could be different.

The plans show the buildings would have restaurants on the ground floor, micro-sized residential units on floors three through 14, offices on floors 17 through 23, a hotel on floors 24 to 36, and multifamily on floors 28 to 63. There would also be an amenity center in the middle of the building with open-air spaces.

“Moving up from the ground floor, the building volumes stack and shift; the spaces between volumes permit light, air and views for residents, and frame urban vistas through the tower for residents of neighboring buildings,” the developer stated in the application. “The offsets of each volume also create a vertical cascade of terraces.”

JDS Development also unveiled renderings of the renovations to Southside Park, one of the largest parks in the rapidly growing neighborhood of Brickell. It shows a new basketball court, water features, seating areas, a dog run, fitness pavilions. The historic high school building, which was constructed in 1905 and late relocated to the park, would be preserved and programmed for events.

The part would also be connected to the Underline, a linear park being constructed beneath the Metrorail.

“The proposed improvements celebrate and enhance the existing park programming; removing the layers of fencing from the perimeter to connect Southside Park users directly to the Brickell Backyard, a corridor of green and active public spaces, and the Metrorail for the first time,” the developer stated in the application.

The developer would fund the $8 million cost of the new fire station, contribute $2.2 million for fire trucks and other equipment, and fund much of the improvements to the streetscapes and Southside Park. – Brian Bandell

Published October 7, 2020 in the SouthFloridaBusinessJournal.com