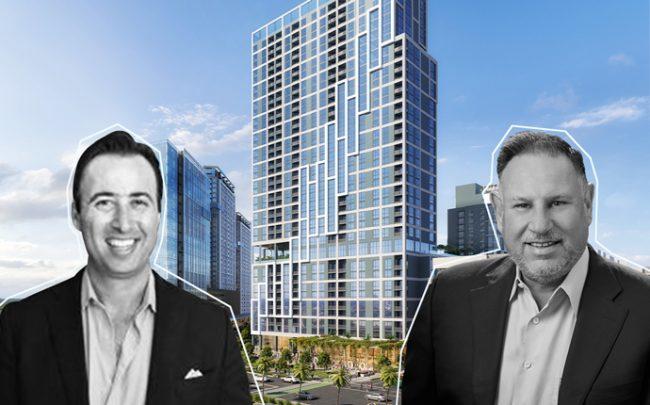 The developers of Link at Douglas scored a $47 million loan to build the transit-oriented, mixed-use project near Coral Gables.

Adler Group and 13th Floor Investments secured the loan from TD Bank to build the development’s first tower, which will have 312 apartments and 6,000 square feet of retail, according to a press release. The 22-story tower was designed by Corwil Architects.

Link at Douglas will be built in phases over the next five years. It will have a total of 1,500 residential units, including a workforce housing component; 25,000 square feet of retail space; and a 250,000-square-foot office building. The project will also include a public plaza that connects with the Underline, a 10-mile-long park running from downtown Miami to neighborhoods further south.

Link at Douglas is being built on a 7-acre site adjacent to the Douglas Road Metrorail Station at 3100 Douglas Road in Miami. The project broke ground in April.

The next phase of the development will be a 36-story building designed by Arquitectonica that will have 421 apartments and 17,000 square feet of retail. About 100 of the 733 units built in the first and second phases will be designated as workforce housing units.

Miami-based 13th Floor Investments is an investor, owner, developer, and manager of real estate properties. The company has invested over $400 million in 43 transactions since 2008, representing a total project value of over $1.5 billion, according to the release.

Photo: Arnaud Karsenti, Michael Adler and the Link at Douglas