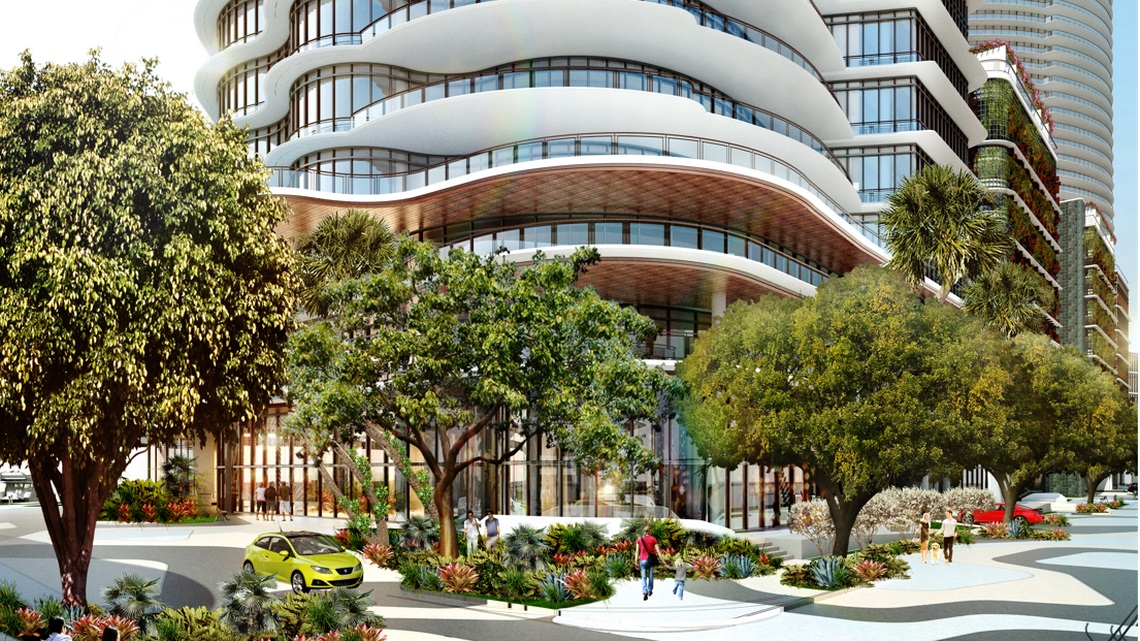 A billion-dollar community will soon take shape along the Miami River, delivering more residential and commercial space to the trendy area.

Work will start next month on a 54-story rental apartment building on a four-acre corner at 275 SW Sixth St., next to José Martí Park, according to Jerry McDonald, president of the Plantation-based family-owned contracting firm G.T. McDonald Enterprises. The first tower will be completed in early 2025.

The unnamed project will have 632 rental units, ranging in size from 600 square feet to 1,300 square feet, McDonald said. The ninth floor will have an amenity deck equipped with a shared office space, club room, gym, yoga studio and pool. Outside, the building will be surrounded in a lush tropical garden and sit across a new pedestrian walkway on the riverfront.

It is the first of four neighboring buildings slated for the Miami River by Manhattan-based Chetrit Group. It will deliver a total of 1,678 residential units, retail and office space, according to the project’s architect Kobi Karp. The entire project will be completed by 2029.

Karp took inspiration from the river, using steel, glass and concrete to create curvatures throughout the first tower, which he said, “relate to the curves of the river as it flows from the everglades to the ocean.”

The development will replace vacant properties and two abandoned buildings, including the shuttered River Yacht Club.

Chetrit received its final project approval in 2015. It faced a lawsuit in April from Fortune Development Group for delaying construction for years on the riverfront development. Chetrit hired Fortune to sell the units in the project.

The residential options alongside the Miami River continue to grow, following some of the community’s early pioneers Lissette Calderon and Camilo Miguel Jr. The opening of River Landing Shops and Residences last year added a handful of budget-friendly retailers to the neighborhood.

Published on October 16, 2021 on MiamiHerald.com