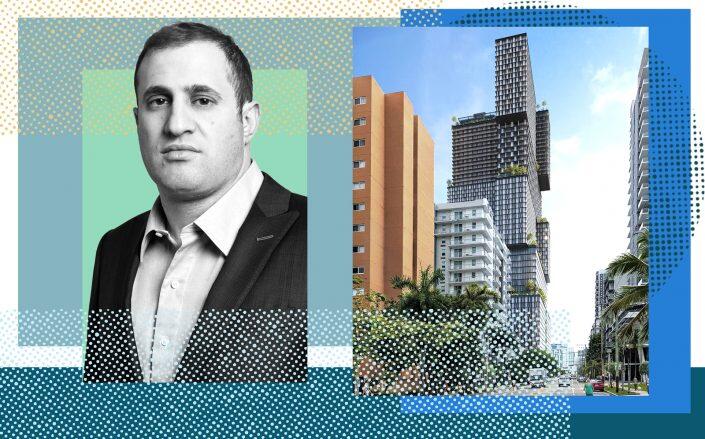 The site of Michael Stern’s planned 62-story One Southside project in Brickell is officially a brownfield.

The Miami City Commission unanimously approved a resolution on Wednesday that designates the 1.5 acres as a brownfield due to elevated levels of arsenic. The neighboring 67,000-square foot Southside Park was declared a brownfield in 2014.

The designation will allow Stern, founder of New York-based JDS Development, to pursue state tax credits as well as grants from the federal Environmental Protection Agency to remove any contamination found on 32,250-square feet at Southwest Second Avenue and 12th Street owned by Stern, as well as 32,700 square feet of city of Miami-owned land now occupied by Fire Station Number Four.

Those credits include expenses related to the site’s cleanup, a sales tax rebate on construction and a $2,500 bonus tax refund for every job created, according to a report from the Florida Department of Environmental Protection.

In February of last year, Stern inked a deal with the city that would allow him to build a 2.5 million square foot, 752-foot-tall tower with 1,000 rental apartments, 200 micro units, a 200-room hotel, and 250,000 square feet of office space. In exchange, Stern agreed to build an $8 million fire station for the city on the ground floor. The developer would also invest about $5 million in public benefits that include a $3 million refurbishing of Southside Park.

In November, Stern paid $23 million for land adjacent to the fire station and park. That purchase included three parcels owned by CS Brickell LLC at 145 Southwest 12th Street and a pair of 50-year-old, three-story apartment buildings tied to John Polit, a financial adviser sentenced to three years in prison in Ecuador for his role in the international Odebrecht bribery scandal.  Stern is still in litigation with real estate investor Alain Lantigua over the apartment buildings deal.

Several city of Miami parks, including Southside Park, were closed eight years ago after high levels of arsenic were discovered. Southside Park was reopened in 2016, according to the blog Miami Condo Investments.

The groundwater beneath the park still has elevated levels of arsenic, asserted Stern’s environmental attorney, Michael Goldstein, in a report to the city. Goldstein stated that arsenic contaminated water could migrate to the One Southside site during the course of the project’s construction.

“This designation will allow [Stern] to access limited but important state-based economic incentives to help underwrite any unanticipated and unbudgeted costs associated with managing the environmental risk as well as, generally, to put the project to a more certain financial ground,” Goldstein wrote. – Erik Bojnansky