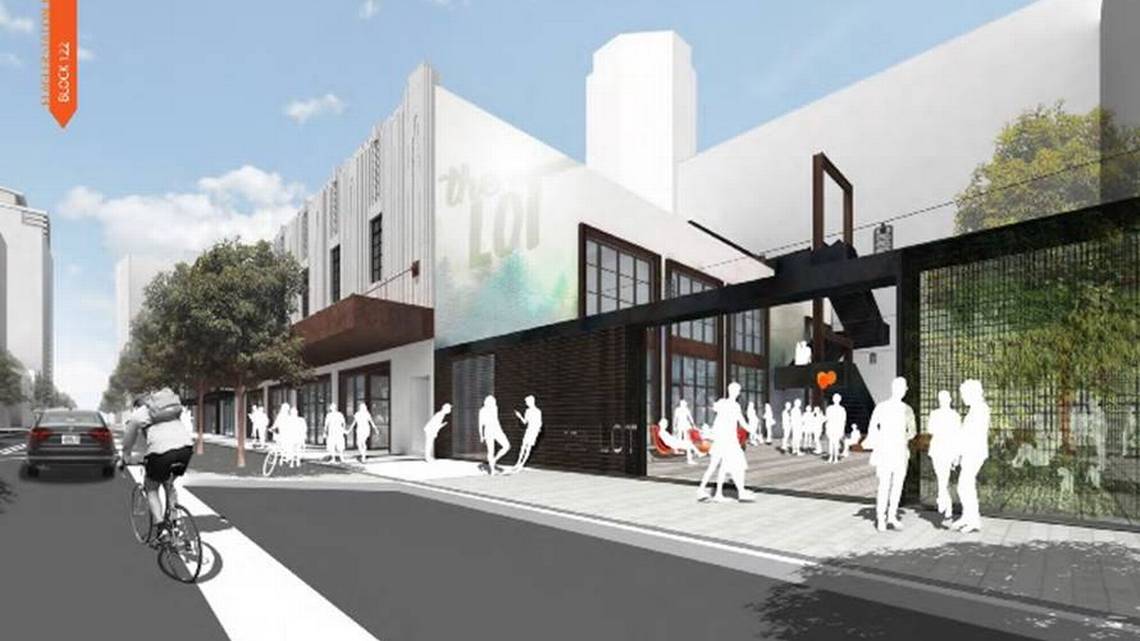 “This is a crucial first step as we work to reinvigorate the historic downtown and transform it into an economically vibrant commercial neighborhood, blending the best in art, entertainment, fashion, technology and more,” said arts mogul and entrepreneur Moishe Mana in a release.

Over the years, Mana has spent in excess of $350 million to buy up more 50 properties, making him the single largest landholder in the downtown core.

Contractors will start with the Flagler Station building at 44 E. Flagler Street, tearing out the interior to create about 20,000 square feet of Class A retail and office space.

The project’s first phase is slated for completion in 2021. It includes moving Miami International University of Art and Design, currently at the Omni Mall, and Los Angeles-based Studio Enterprise into a 13-story office building at 155 South Miami Avenue, just a few blocks from Flagler. It will also house a five-floor startup hub with shared office services.

The Flagler Station building will also be home to an incubator for high-tech companies. It will be modeled after Paris’ Station F but called Station H, after Florida’s railroad pioneer Henry Flagler.

On Southeast First Street, five commercial galleries, two restaurants and a space for talks and screenings will also be built within the first phase. Mana’s artists enclave, Mana Contemporary, in Jersey City, N.J., has been credited with revitalizing that city. Already, his 777 International Mall, a 1940s movie theater long ago converted into shops, offers studio, office and exhibition space at affordable rents for about 40 artists and cultural organizations, including well-known groups like Bas Fisher Invitational, the Borscht film festival and Bookleggers Library.

Mana and Eugene LeMay, director of Mana’s art operations, have previously said their goal is to give Miami’s fledgling art community a physical center, long-term stability and a public profile beyond December’s annual Miami Art Week.

Mana also owns 40 acres in Wynwood. In 2017, Mana revealed ambitious plans to turn that property into an international trade center and city-within-a-city, but that plan has yet to move forward. — Rebecca San Juan

Published in The Miami Herald on September 20, 2019