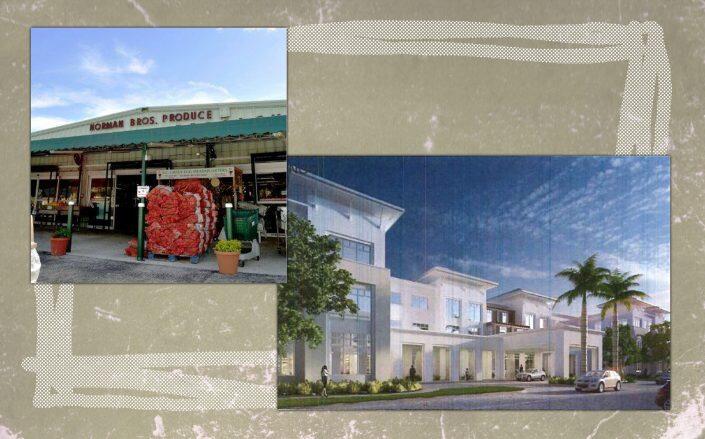 The grocer, which closed on Aug. 8, sold its site to a developer who will build an assisted-living facility.

GCNB, led by developer Michael Garcia-Carrillo, bought the property at 7621 Southwest 87th Avenue for $10.7 million, records show. The buyer took out a $10 million mortgage on the property from TFFO LLC, based in Coral Gables.

Garcia-Carrillo, of Miami-Dade County-based GC3 Development, plans to build a 115-bed assisted-living facility on the nearly 5-acre site, according to county records. Plans also include an office building, with part of the space for medical uses; and a grocery store. Building heights are limited to two stories.

The Miami-Dade County Zoning Board approved a zoning change on May 19, allowing the project to move forward.

An ALF is a fitting next chapter for the property, as Florida is a magnet for retirees. But the change is bitter for patrons of Norman Brothers, a staple since 1972 that served up fruit-flavored milkshakes and assorted bakery goods, among other offerings.

From the county’s May approval of GC3’s application until Norman Brother’s closing, the grocer’s social media accounts were flooded with goodbye messages and photos of patrons enjoying their purchases for the last time.

“This place holds a lot of special memories for me (maybe some extra calories too),” wrote Instagram user Luggage & Littles on June 21 underneath a photo of a toddler holding a milkshake.

The Norman brothers started the business as a stand along Southwest 87th Avenue, and in 1980 sold it to farmers David Nelson and Ken Graves, who kept the name. A filing with Miami-Dade shows David and Marylin Nelson owned 41 percent of the grocer and eight others owned either 9 percent or 5.5 percent.

The redevelopment proposal was not well-received by neighbors who raised traffic concerns and issues with urbanization of the residential area, prompting the developer to limit buildings to two stories. Some initial opponents later supported the plan following meetings and negotiations with the developer to cap heights. An attorney for the Sunset Galloway Neighbors Association told the zoning board in May the homeowners association was OK with the project once heights were scaled down.

Farther north in Delray Beach, Alliance Residential Company plans to develop a 187-unit apartment complex for seniors, although this won’t be an ALF.

Published on August 17, 2021 on TheRealDeal.com