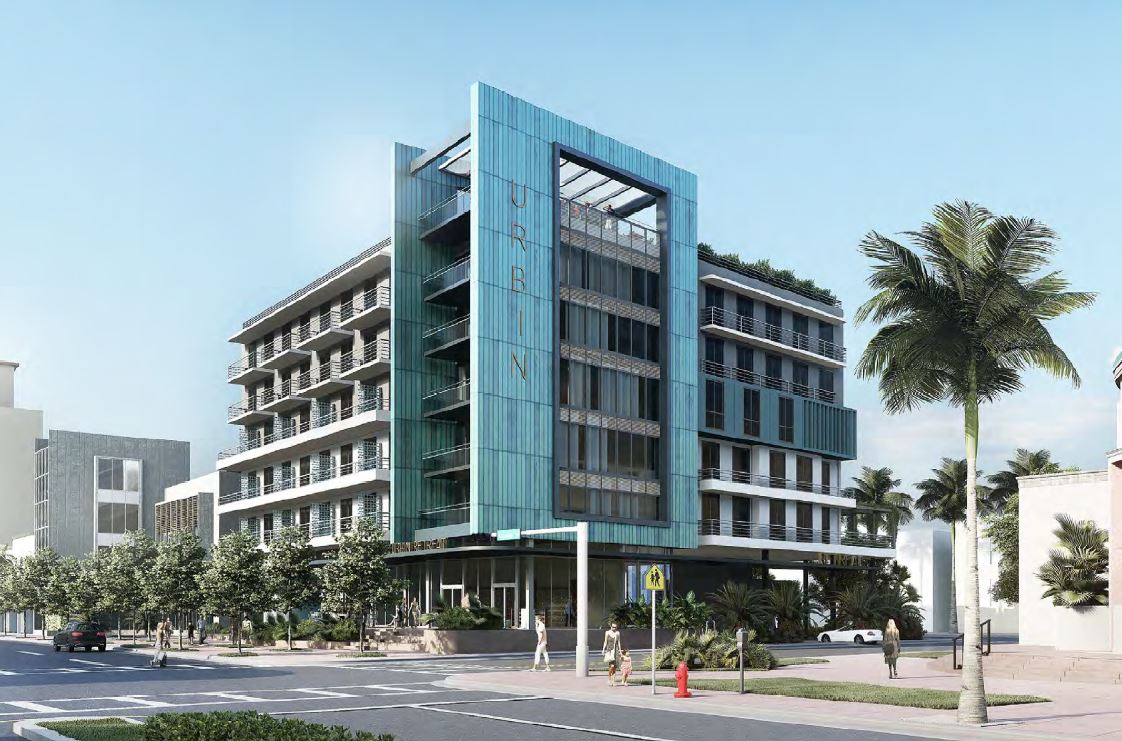 With modifications to its original unsolicited proposal, Location Ventures continues to push the City of Miami Beach to move forward its plans to build a mixed-use office and parking garage building on Collins Avenue.

The unsolicited proposal to develop parking lot P16 at 1262 Collins Avenue that it submitted to the city in 2021 has been revised, and Location Ventures LLC submitted a new proposal in October.

The new proposal consists of a mixed-use project that would transform the 50-space surface lot into a 169-space garage, with 21,024 square feet of Class A offices on the seventh and eighth stories and 8,167 square feet of retail on the ground floor. The parking spaces (about 106,000 square feet) are to be in the second through sixth floors.

Location Ventures is to request that 60 of the parking spaces be available to use by employees and residents of the company’s $60 million project at 1260 Washington Ave., which is to be a “co-living, co-working” building called Urbin, according to the developer. Twenty of those 60 spaces would be available to the city for public use in the evenings, said Ozzie Dominguez, division director of Asset Management at the city.

The current parking lot generates about $420,000 a year, according to the city. Location Ventures is proposing to pay the city $400,000 annual rent, with a 3% in­crease yearly. The developer would build the mixed-use project of about 135,000 total square feet, of which 29,000 is to be commercially leasable space. “So, it’ll be an income-producing property,” said Mr. Dominguez. “They do expect to have a 10% internal rate of return on this project and turn it back over to the city after 17 years.”

Although it would be a 99-year lease, after the 17th year the city would receive all the income the property would gener­ate. The current property evaluation of P16 is $6,301,362, according to the Property Appraiser’s website, said Michael W. Lar­kin, from development law firm Bercow Radell Fernandez Larkin & Tapanes, who was representing the developer. At year 17, the property would be evaluated at $81,063,208 and returned to the city debt-free.

Location Ventures requested once again that the city accept the unsolicited proposal and direct the administration to publish a 60-day notice, as required by the Florida Statutes – instead of the maximum 120 days the statute allows – for any competitive bid that might come in. The company is also requesting a waiver to raise height restrictions to build a 90-foot building.

The administration inturn recommended that a full parking study be conducted, said Mr. Dominguez. “The study is to determine what impact this public-private partnership would bring, what kind of impact that 90-foot height structure would bring, deter­mine if the city should consider developing their own parking lot here and if the return on investment for the city managing and overseeing their own redevelopment could bring in a better return for us.”

In April, then-Commissioner Mark Samuelian presented a motion to accept the proposal with two levels of office space, and for the city to operate the parking garage if it chose to do so.

“We wanted to look at what the revenue stream would be with two levels of office space as opposed to one,” said Commis­sioner David Richardson.

The additional office floor would add about $1 million a year to the revenue stream. The city would also continue to receive the amount the parking lot currently generates (about $420,000) with an added 3% increase year-over-year.

“What we propose here is that the first two years, if we were to go under contract, would be to get the permitting, and two to three years to construct,” said Leonard Roberts, vice president of development at Location Ventures. “Location Ventures would operate [the building] during that time until we pay off the debt, which is year 17, turnover.”

During the entitlement and permitting phase, the city would continue to operate the existing 50 parking spaces, but “from the end of year two to year three, which will be a year to 18 months maximum, what we have proposed is that there is no revenue in place necessarily, but we’re willing to have a conversation and negotiate that,” said Mr. Larkin.

The discussion is set to be heard at the Jan. 20 city commission meeting. “We’re not making a favorable or unfavorable recommendation,” said Commissioner Richardson, and the commission directed Location Ventures to host neighborhood outreach sessions and return with a plan to replace parking during construction.