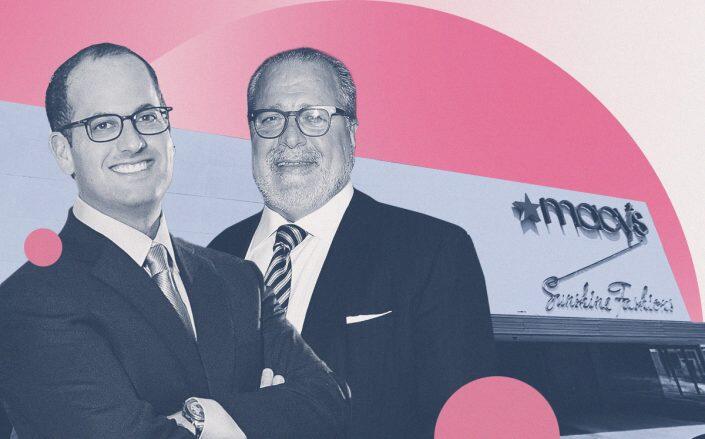 Ronny Finvarb and Joseph Chetrit paid $15.5 million for the Miami Beach Macy’s store off Lincoln Road, one of the oldest retail buildings in the city.

Sobe Park, An entity managed by Finvarb, principal of Bay Harbor Islands-based Finvarb Group, acquired the 96,610-square-foot department store at 1675 Meridian Avenue, according to Marcus & Millichap’s Scott Sandelin and Alejandro D’Alba, the brokers who worked on the deal.

Chetrit is Finvarb’s partner on the purchase, D’Alba and Sandelin said. The brokers represented the buyer and the seller, 1675 Meridian, an entity managed by Terry Emmanuel in San Antonio.

Completed in 1953, the Macy’s store went under contract about six months after it last hit the market last year, D’Alba said. It was listed with no asking price and the brokerage team brought in more than a dozen offers, he added.

“Macy’s has a long-term lease so there are no immediate plans,” Sandelin said. “It’s a covered land play. I am sure one day, [Finvarb] will monetize it and build something amazing. But nothing is in the works right now.”

Finvarb did not respond to voice and text messages seeking comment about the plans for the property.

The seller, 1675 Meridian, previously put the Macy’s property on the market in 2018 for $20 million, but a deal fell through due to issues with the title that have since been resolved, D’ Alba said. At the time, Macy’s had 32 years left on a lease signed in 2016.

The Macy’s is across the street from the Miami Beach Convention Center, and near the development site of the planned 800-room Hyatt-branded convention hotel being co-developed by Terra and Turnberry Associates. The department store is about a block north of Lincoln Road.

Finvarb is among the most active developers in Miami Beach and neighboring coastal cities. In May, the firm and its partner, Chahine Investment Group, a Luxembourg-based family office specializing in office buildings and luxury hotels, scored a $44.6 million loan for a South Beach mixed-use development anchored by a Thompson Hotel.

Also in May, Chetrit landed a $94 million construction loan for a planned waterfront luxury condo development in Pompano Beach. His Chetrit Group is developing a 121-unit condo project with a 20-slip marina on a portion of the property in the Hillsboro Shores neighborhood.

Published on September 1, 2022 on TheRealDeal.com