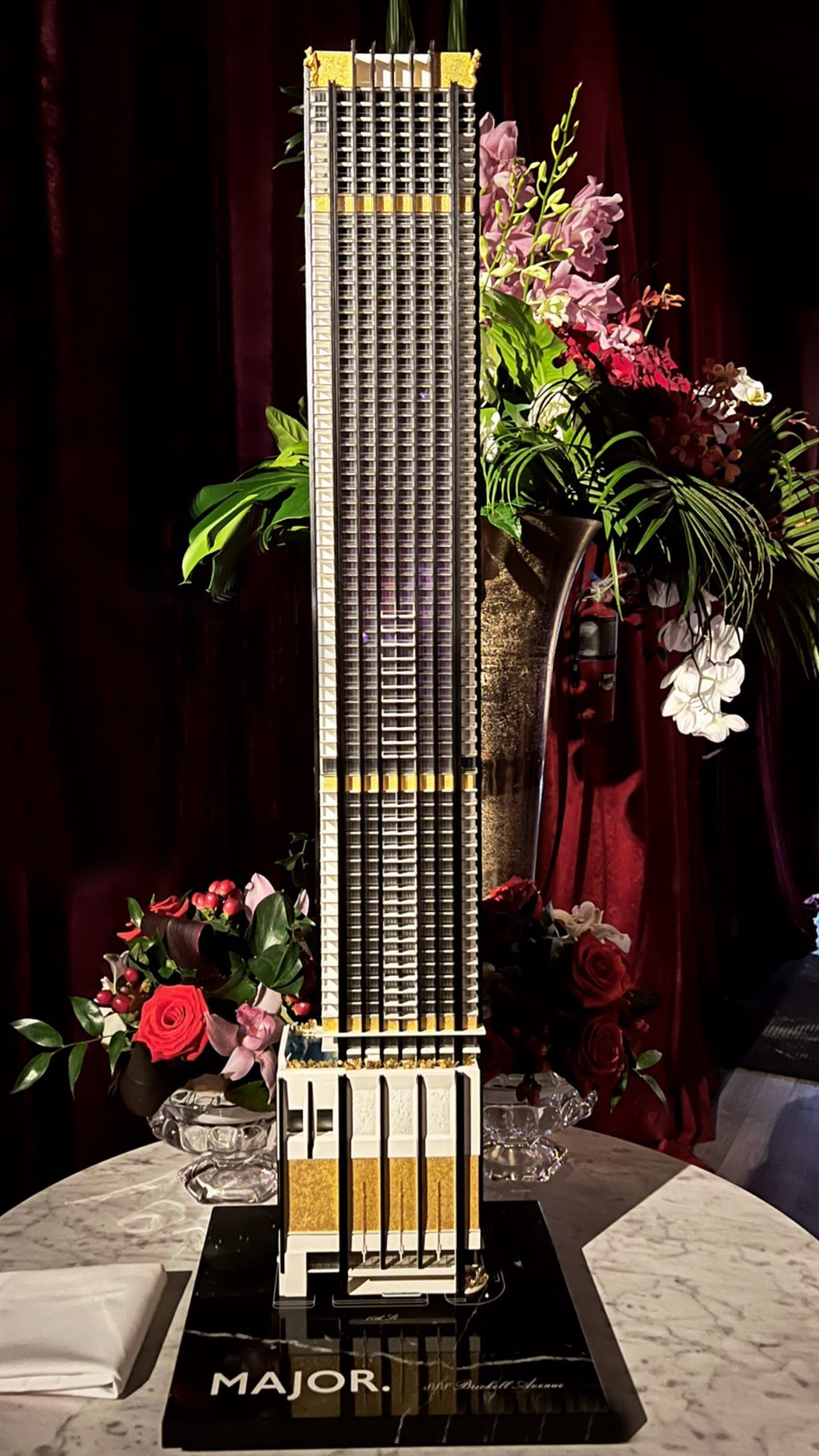 Developer JDS has released a photo of a scale model of their Major supertall tower planned on Brickell Avenue.

The 82-story, 1,049-foot project also continues to move through the approval process with Miami-Dade planners.

On April 14, Miami-Dade planners released comments to the initial design, with a request for:

Major is planned to include 259 condo units, along with multiple food and beverage outlets.

Studio Sofield is the design consultant, with ODP the architect of record.