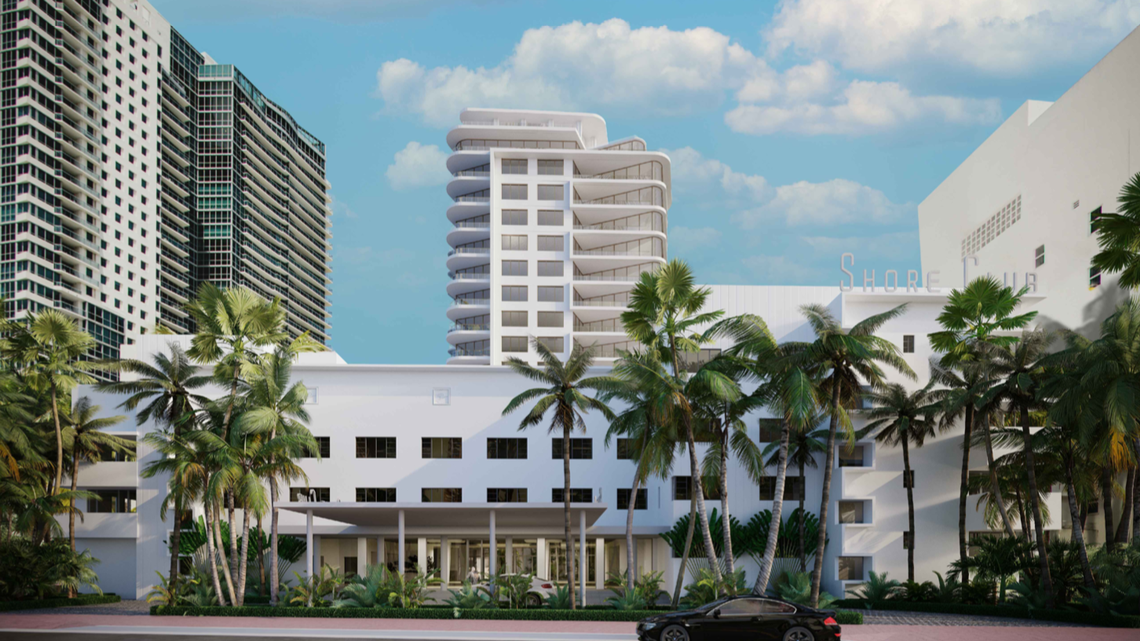 The Shore Club, one of Miami Beach’s iconic hotels that has been closed since 2020, is set to be redeveloped by New York-based developers Witkoff Group and asset management firm Monroe Capital, with famed architects Robert Stern and Kobi Karp, after previous plans for renovation failed.

Developers submitted plans to Miami Beach’s Historic Preservation Board on Monday. Pending approval, the changes to the Shore Club include the addition of a residential tower and a private villa along with new pool decks, an outdoor sculpture garden and improved accessibility for people with disabilities. The luxury hotel and residences will have 80 apartments and 65 hotel suites.

The developers also proposed restoring the original lobby and much of the hotel’s interior to maintain its original character. The hotel will have two restaurants, a gym and a private screening room. The developers say their start date for the projects will depend on local building approvals, but they’re projecting completion in 2025. 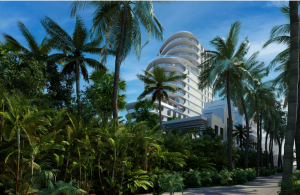 The Shore Club, located at 1901 Collins Ave. and forced to shutter since the start of the pandemic, was designed by architect Albert Anis and built in 1949. In 2001, the hotel took over the adjacent Cromwell Hotel, an Art-Deco style building that opened in 1939. The Miami Beach institution was last redesigned in the early 2000s.

The new hotel will have two residential towers: the entire Cromwell Hotel structure will be converted to residences and the project proposes building a second, new residential building, which will be maximum 200 feet high.

“There is nothing more important than preserving the historic integrity of iconic properties like the Shore Club and Cromwell,” said Paul Whalen, Partner of Robert A.M. Stern Architects, in an email statement. “Our design for the project originated from its storied history.”

The proposed renovation comes amid a debate over historic structures in the Miami Area, including the former residences of Al Capone and Phil Collins. The Collins home is set to be demolished for a modern structure, angering preservationists, while the fate of the Capone home remains uncertain.

“The historical preservation of the original Cromwell and Shore Club Hotel is essential to the restoration due to the property’s status as a certified historic structure and to preserve the history of Miami Beach as a whole,” said Steve Avdakov, the project’s historian in an email statement.

Stern is a world-renowned architect who is known for historic preservation. Some of his past projects include hotels managed by luxury brands like Waldorf Astoria and the Ritz-Carlton. He’s also known for designing some of the United States’ most iconic university buildings, including the Yale Residential Colleges, the Harvard Kennedy School and Harvard Law School. In 2005, Stern was the architect for the new Miami Beach Library.

Stern will be working alongside Miami-based Karp, a well-known architect in South Florida who led projects including The Surf Club in Surfside, the Palazzo del Sol luxury condos on Fisher Island and the Hyatt Centric in Miami Beach.

Published on November 15, 2021 on MiamiHerald.com