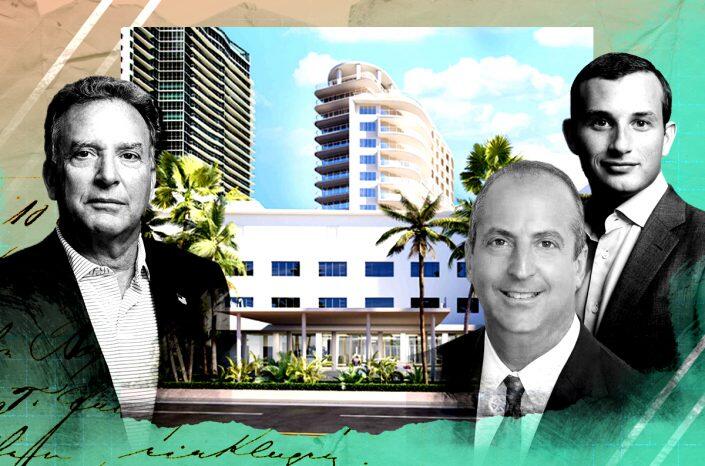 Witkoff and Monroe’s plans to redevelop the Shore Club — and rebrand it as Auberge — are moving forward.

The Miami Beach Historic Preservation Board on Tuesday voted against a rehearing of the redevelopment proposal that the board had approved four months ago. The developers’ attorney Michael Larkin revealed the Auberge branding at the meeting.

The Setai Resort & Residences condo association had challenged the same board’s May 10 decision in favor of Witkoff and Monroe Capital’s plans for the oceanfront historic hotel at 1901 Collins Avenue. Setai entities tied to the Nakash family — creators of Jordache Jeans and owners of the former Versace Mansion — as well as other unit owners, also opposed the Shore Club redevelopment approval.

The board voted 4 to 1 to deny the petitions to hold a new hearing for the project. Board member Stuart Reed, an attorney, was the sole vote in favor of a rehearing.

Witkoff and Monroe plan to turn the property into a luxury condo and hotel complex. The shuttered Shore Club was built in 1939 and redesigned by architect David Chipperfield in the early 2000s. Kobi Karp Architecture & Interior Design and Robert A.M. Stern Architects are designing the latest project. Auberge’s other properties include the Auberge du Soleil in Napa Valley and the Auberge Beach Residences in Fort Lauderdale.

The Setai, at 2001 Collins Avenue, is just north of the Shore Club.

Attorneys Andrew Dickman and Kent Harrison Robbins, representing the Setai association and unit owners, including Nakash entities, respectively, argued that the board previously OK’d the Shore Club proposal after the developer made last-minute changes to its plans, without giving the board and the public sufficient opportunity to review them. They also argued that the Shore Club plans were incomplete, and that the developer was able to sneak “major redesigns” into the plans as conditions of the approval.

“It’s so ironic you approved a massive building, a redevelopment project, without plans, no plans, whatsoever,” Dickman said.

Historic preservation board member Ray Breslin noted that owners at the 40-story Setai have challenged other nearby developments, including the height increase for the Bulgari-branded project on the former Seagull Hotel property.

“The Setai has been against every project in the Collins Park neighborhood since it began, and they are the Goliath of the neighborhood,” Breslin said.

“I’m not attacking the Shore Club, and that’s not fair,” Dickman said.

Published on September 13, 2022 on TheRealDeal.com