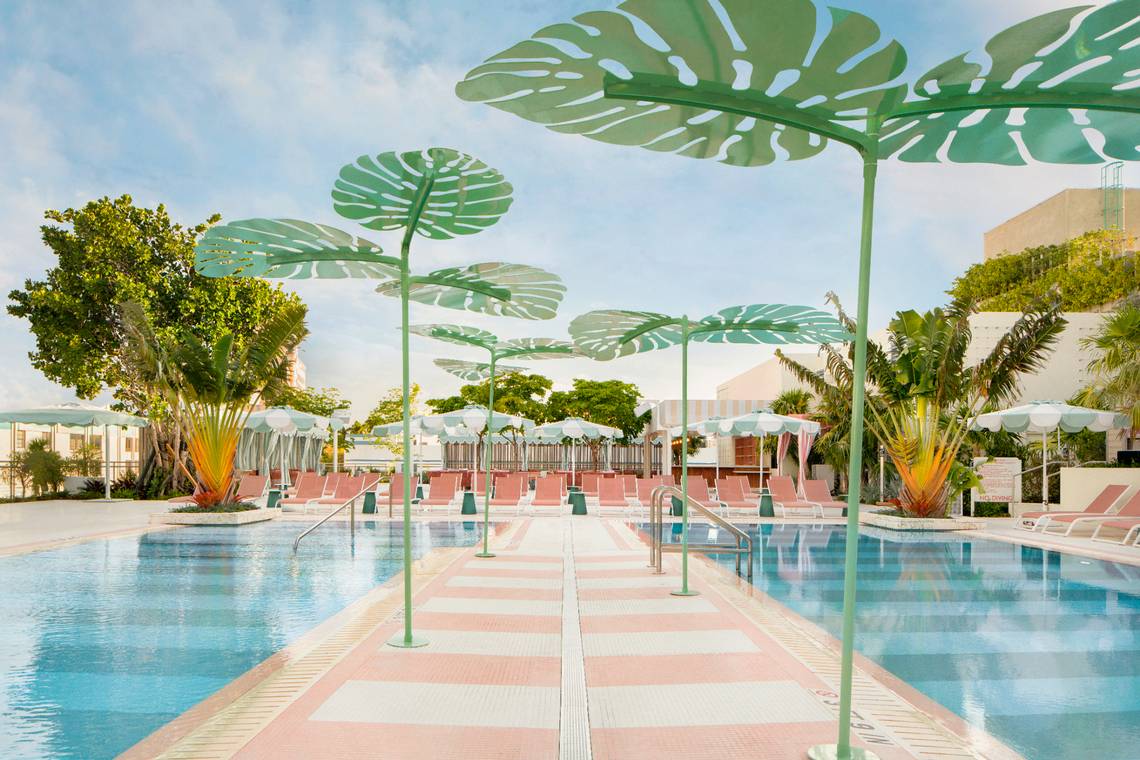 Amid mounting fines from the city and complaints from neighbors, the new Goodtime Hotel in South Beach said it will overhaul its sound system to keep loud music from disturbing residents across Washington Avenue.

The hotel, which opened in mid-April at 601 Washington Ave., has received seven citations from the city and more than two dozen complaints due to the loud music coming from the property, which regularly hosts DJ performances on its pool deck.

The hotel operators, including local hospitality entrepreneur David Grutman, were called before the Miami Beach Planning Board on Tuesday to discuss repeated noise infractions and violations of the hotel’s outdoor entertainment permit, namely a condition that music should not be audible at the nearby Arcadia House Condominiums. An attorney for the hotel said it has appealed the violations.

Grutman, who manages the LIV nightclub at the Fontainebleau resort in Miami Beach, said the Goodtime Hotel installed the wrong sound system and that it would pay $1 million to upgrade it. Grutman said the hotel has hired noise-cancellation and acoustic experts to help fix the problem.

“I think I know sound really well by owning nightclubs, [but] I f—ed up on this one pretty bad, guys, to be honest with you,” Grutman told the Planning Board. “I made a mistake. We’re bringing the right team in and we’re spending the money to fix it.”

The Goodtime Hotel — a partnership between Grutman, recording artist Pharrell and developer Eric Birnbaum — has been lauded by city and business leaders for sparking investment along Washington Avenue. The hotel’s opening landed Grutman a key to the city. It has received positive news coverage, attracted celebrities to the hotel and inspired new businesses to open nearby, according to the strip’s business improvement district.

But not everyone is having a good time.

Residents living near the hotel said at Tuesday’s meeting they could hear the hotel’s thumping party music inside their homes. One resident, Andrew Wharton, said people living in his condo building two blocks away on Euclid Avenue could identify specific songs coming from the hotel using the Shazam smartphone app.

“It needs to be taken care of sooner rather than later,” Wharton said.

Alexandra Torres, who also lives nearby, said she was happy to see development come to Washington Avenue but urged the hotel’s ownership to listen to the neighbors so they can live in peace again.

“We were thrilled when the development started. We know that the block needed it,” Torres said. “But we do have outdoor space and we have a baby. And we could no longer enjoy our rooftop any more, we can no longer enjoy our balcony because we could hear the music in our unit.”

Since April 3, the city has received 27 noise complaints against the hotel. In a memo to the Planning Board, Planning Director Thomas Mooney wrote that the “pattern of calls for service, warnings and violations at the establishment, as summarized above, is troubling.”

The Planning Board, which has the power to revoke or modify entertainment permits, gave the Goodtime Hotel until September to fix the sound system. Until then, Grutman said, the hotel has turned its music “all the way down” to near ambient levels on its pool deck.

Mooney had recommended that the board schedule a July meeting to potentially modify or revoke the permit, but the board voted instead to discuss the hotel’s progress fixing the noise issues at its September meeting.

But if the hotel receives another citation between now and the next meeting, the board may request an earlier hearing, said Planning Board member Alex Fernandez.

“Should you violate the code, you may be asked to come back before this board,” he told Grutman.

Grutman said he was sad to hear what residents have endured and promised to work toward a permanent solution that allows the pool parties to continue without bothering those living nearby. He said he needed until September to change out the sound system.

“Hearing that, it breaks my heart,” he said, later adding: “I care, guys, and I don’t want them to be pissed off.”

He said the violations did not occur late at night or early in the morning, but between 4 p.m. and 6 p.m. Regardless, he said, he wants residents to be able to live in peace.

“I can bring every celebrity in the world, I can get all the great press, I can clean up the neighborhood, but if the residents in the neighborhood can’t sleep or, I mean, can’t live, that’s not good for me either,” Grutman said. “That’s not what I’m trying to do, so let me fix it.”

The Goodtime Hotel has been fined $3,250 for three violations of the city’s noise ordinance. It was also cited four times for violating a requirement of its entertainment permit that music not be heard from the eastern balconies of the Arcadia House, which is located at 650 Pennsylvania Ave. 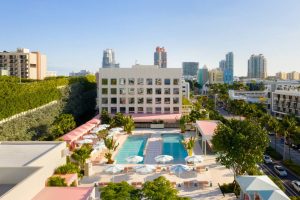 Michael Larkin, an attorney for the hotel, told the board that the violations were the result of inconsistent enforcement and miscommunication from the city. The hotel’s permit originally stated that noise should not be audible from the western balconies of the Arcadia House, but the city said that was a clerical error.

Following the violations, he said, the hotel replaced eight speakers on its pool deck with smaller ones, relocated or removed two subwoofers and lowered mounted speakers to stand at 7 feet or lower to reduce noise spillover. Larkin said hotel staff periodically walk over to the Arcadia House to check the sound levels and have attempted to set up a meeting with condo residents to discuss the issue. He said the hotel has not received a violation in more than two weeks. The violations were issued between May 22 and June 5.

“Everyone agrees that the goal here is to coexist with our neighbors and not subject them to any nuisance,” Larkin said.

Planning Board member Tanya Bhatt, who said she wants the hotel to succeed, urged Grutman to abide by the city’s rules until the new sound system is installed. In the meantime, she said, Grutman could possibly hold a silent dance party with revelers wearing headphones to avoid disturbing the neighbors.

“Just don’t have any more violations called in between now and September,” Bhatt said. “It’s going to be a long, hot summer. And it won’t reflect well.”