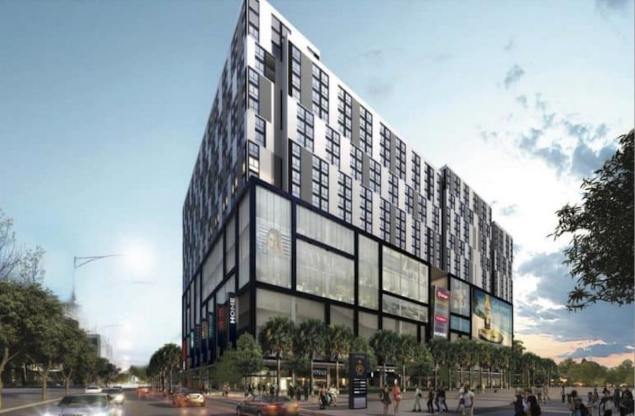 Construction has begun on the largest mixed-use development to take shape in Miami’s historic Overtown neighborhood in decades, paving the way for new shopping and dining options, affordable residences for seniors, and thousands of job opportunities.

Sawyer’s Walk, a 1.4-million-square-foot development led by Swerdlow Group in collaboration with the Southeast Overtown/Park West Community Redevelopment Agency (CRA), will include 250,000 square feet of destination retail alongside 578 apartments designated for low-income seniors.

Swerdlow Group and its partners, SJM Partners and Alben Duffie, acquired the 3.4-acre property at 249 NW Sixth St. from the CRA and broke ground on the development at a June 23 ceremony. Construction is expected to be completed in 2023.

The development of Sawyer’s Walk coincides with a rush of new residents, businesses and visitors into Miami’s urban core. Greater Downtown Miami is now home to 115,000 residents, 250,000 daytime visitors, and six million annual visitors, according to the Miami Downtown Development Authority. 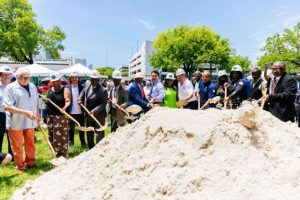 The upper floors of Sawyer’s Walk will be home to 578 apartments set aside for low-income seniors earning at or below 60 percent of the Area Median Income. The unit mix will include studios, one-bedrooms and two-bedrooms. Amenities will include a rooftop pool deck, a clubhouse and entertainment lounge, meeting rooms, and a complimentary health club membership for all residents.

“In working with the CRA and listening to nearby residents, it became clear that senior housing, affordable shopping options, and quality jobs are among the most pressing needs in Overtown,” said Swerdlow Group CEO Michael Swerdlow.

“Sawyer’s Walk will check all of these boxes, while also creating a new destination for retail and dining that will activate city streets and attract people from throughout Downtown Miami and surrounding neighborhoods,” he added.

“Sawyer’s Walk will be a triple-win for the Overtown community and the City of Miami, delivering a positive impact in the form of new jobs, additional revenue, and an affordable place to call home for hundreds of our local seniors. These benefits will help sustain quality of life in Miami while advancing the mission of the Southeast Overtown/Park West CRA,” said Jeffrey Watson, chair of the Southeast Overtown/Park West CRA.

Sawyer’s Walk is located alongside I-95, adjacent to Downtown Miami’s Central Business District and blocks from Brightline’s Miami Central station, the 27-acre Miami Worldcenter development, the Historic Lyric Theatre, Government Center, and Miami-Dade College’s Wolfson Campus. The site is bounded by NW Third Avenue on the west, NW Seventh Street to the north, NW Second Avenue on the east, and NW Sixth Street to the south.

Published on July 7, 2021 on CommunityNewspapers.com