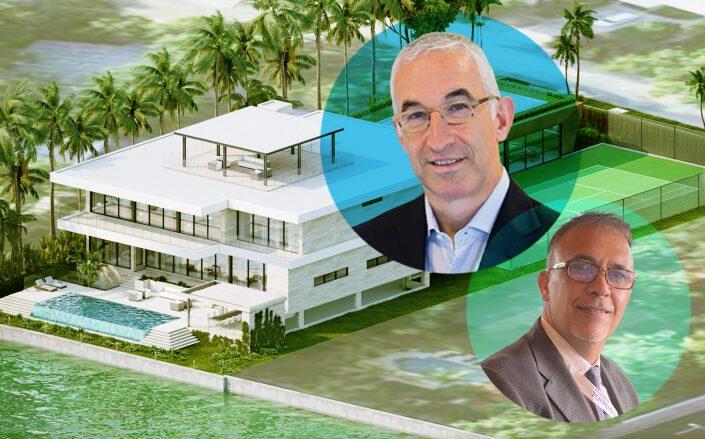 A family trust led by Bloch, co-founder of Chatsworth, California-based data storage company DataDirect Networks, purchased the 0.7-acre property at 420 West 51st Street. The seller is Amber LLC, managed by Oceanfirst Realty principal Eddy Chabli. Chabli purchased what was then a larger lot in 2001 and split it in half. It fronts the Flamingo Waterway that connects to Surprise Lake.

Chabli’s entity, under contract to sell to Bloch, sought to modify the property’s unit size and variances, as well as to keep the tennis court. The Miami Beach Planning Board voted on the proposal on Tuesday.

Plans for the modern mansion, designed by Kobi Karp, were approved with modifications. The home would be capped at 9,400 square feet with additional square footage for a single-story structure, and Bloch can keep the tennis court zoning.

Bloch, a longtime Miami Beach resident, is also on Mount Sinai Medical Center’s executive board of trustees. Bloch and his wife owned a waterfront home on the Sunset Islands for nearly a decade before recently transferring ownership to a Delaware LLC in November.

Residential sales, especially single-family homes, have soared in recent months, propelled by the migration of out-of-state residents. Inventory has dwindled and new price records have been set throughout South Florida.

In Miami Beach, closings this month include the $26.5 million sale of Brazilian businessman Jose Carlos Pontes’ waterfront Hibiscus Island mansion to a trust, as well as the Marcelo Claure’s sale of a waterfront mansion on North Bay Road to Apollo Global Management co-founder Josh Harris for $32.3 million.