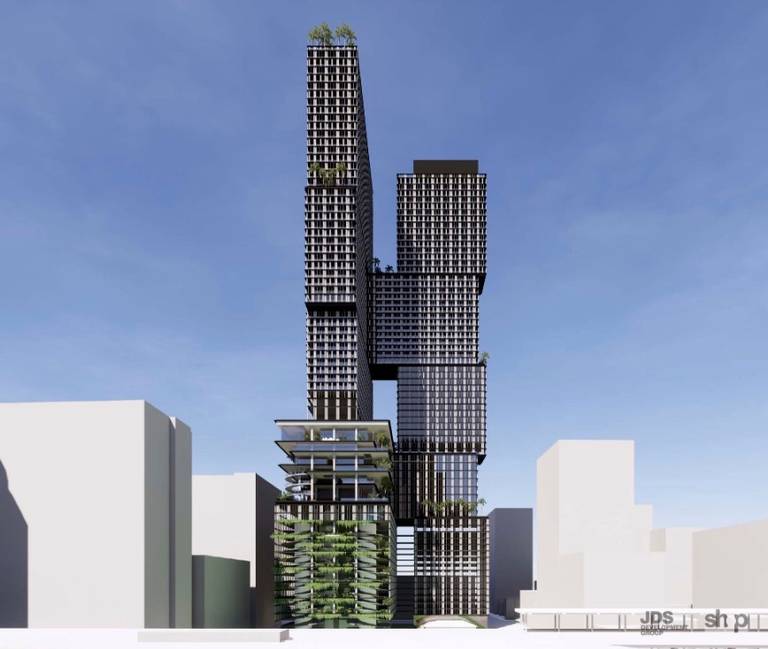 SHoP Architects will design a 62-story tower with 1,000 luxury condo units and 200 hotel rooms on the western edge of downtown’s Brickell area, according to Michael Stern, founder and managing principal of JDS Development. SHoP will collaborate with Kobi Karp Architecture & Interior Design on the project.

The 62-story Brickell-area tower also will feature 250,000 square feet of office space, about 1,650 parking spaces and a 60,000-square-foot wellness and spa facility, Stern said. The project will include a state-of-the-art firehouse and upgrades to Southside Park, located on the site. 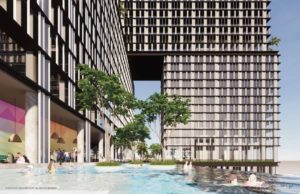 mity to the Underline and the Brickell Metrorail Station will draw residents and initiate street-level interaction.

The City of Miami Commission approved a public benefits agreement with JDS Development in late February, after terminating a previous agreement with Southside Place LLC, led by Alain Lantigua of Crystal Clear Holdings.

“We have been working closely with the City of Miami to create a responsibly designed project with positive economic and community benefits, including a state-of-the-art new firehouse and a completely rebuilt Southside Park,” wrote Stern by email. “This approval is another step forward signaling a new and positive future for Brickell and Miami at large, and we look forward to continuing our discussions with the city and county, and sharing more details about this vital project in the near future.” – Rebecca San Juan