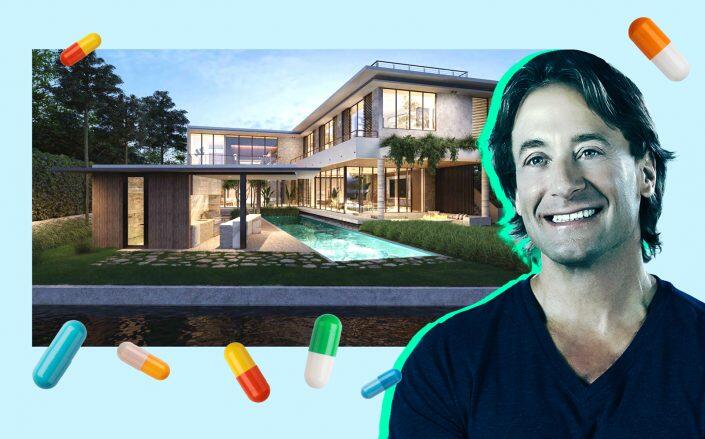 The Miami Beach Design Review Board agreed to allow Lessman to knock down a 4,339-square-foot house built in 1936, and replace it with a new 8,462-square-foot home. But the main contention of the 4-to-3 vote on Friday was the height of the proposed house at 3017 Flamingo Drive.

The current height limit is 24 feet. Lessman, founder of vitamin company ProCaps Laboratories, sought a waiver to construct a 28-foot-tall home. His attorney, Michael Larkin, said Lessman will be the end-user.

Architect Dan Ritchie, principal owner of D/Vice, said the height variance was important for the home’s modern contemporary design, and to allow 12-foot ceilings within the interior. In an effort to lessen the impact of Lessman’s desired home, bamboo and bay rum trees between 20 and 30 feet in height will be planted on the southern property line by retired attorney Barbara Wien’s home, Ritchie added.

In spite of the vegetation, Wien still opposed the project. The house Lessman wants to build, Wien insisted, is just too massive. “It is twice the size of the smaller homes on the street,” Wien told the board.

Michael Belush, a city planner, pointed out that the proposed home is still below the maximum size permitted within a RS-3 single-family home district. Under current zoning regulations, a house with 9,954 square feet could be constructed on the site, according to a planning department memo.

Some board members fretted about the height of the home. Board member Alexander Gorlin proposed a stepped-back pattern with the height ranging from 24 feet to 26 feet. Ritchie said he might be able to accommodate his client by designing a 26-foot-tall home, but not a stepped-back scheme. “The continuity of the roof line is important to the character of the house,” Ritchie said.

Board member Scott Diffenderfer didn’t oppose the 28-foot height, saying that high ceilings are an important part of the proposed home’s “wow” factor.

“We are sitting here [debating] a stupid compromise just to say we are compromising,” argued Diffenderfer, a real estate agent with Compass. Shrinking it by two feet won’t change the appearance of the exterior much, Diffenderfer said, “but the inside might feel tremendously different.” ​​

In 2017, he bought a condo at Murano at Portofino, in MIami Beach’s South of Fifth neighborhood, for $6 million.

According to Miami-Dade property records, Lessman paid $3.5 million for the 3017 Flamingo Drive property in June 2020.