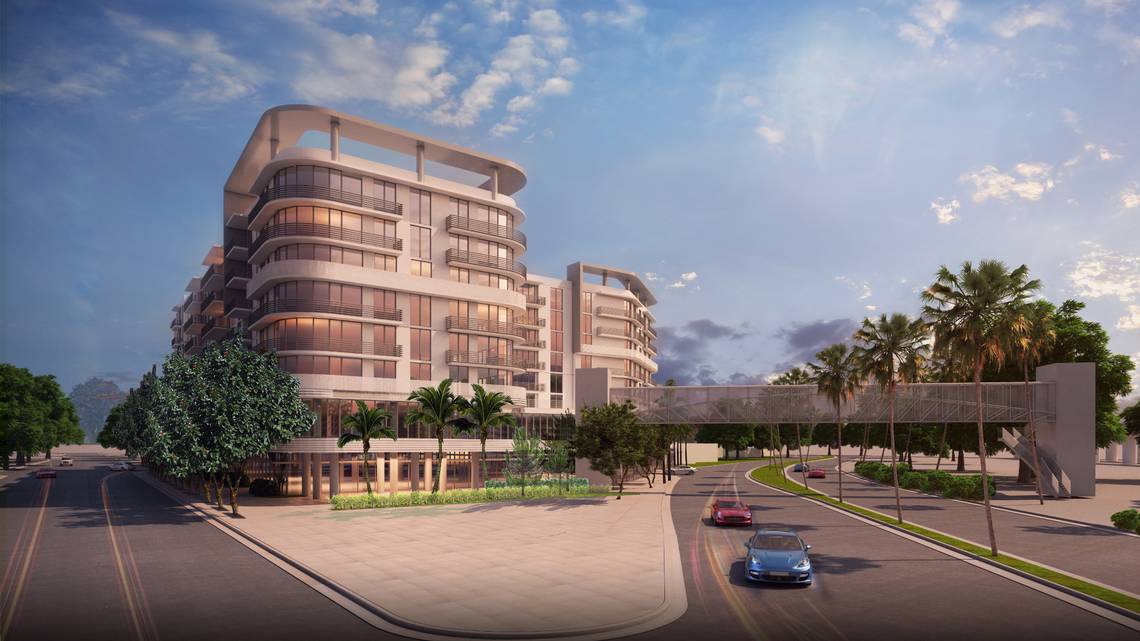 CLIENT NEWS: Want to live in Coconut Grove but can’t afford it? New apartments on the way next year

Affordable housing is on the way to the West Grove, offering people a new option as gentrification changes the historic neighborhood with Bahamian roots.

Across from the Douglas Road Metrorail Station, the mixed-income community Platform 3750 has been under construction since early May, said Lenny Wolfe, a partner at the Hollywood-based development firm Cornerstone Group. Cornerstone Group partnered with the U.S. Department of Housing and Urban Development, Miami-Dade County and the city of Miami five years ago on the project.

The eight-story Platform 3750 will add 191 rental units at 3750 S. Dixie Hwy., with 78 units leased to those earning less than 60% of the area median income. The remaining 113 units will be rented at market rate. The Miami, Miami Beach and Kendall metro area has a median income of $61,000 for a family of four, according to 2021 data from HUD.

Amenities include a gym, pool, yoga room and co-working spaces.

The expanding discount grocer Aldi, a Starbucks and office space will occupy the first floor. The project is anticipated to create about 60 permanent jobs, according to Cornerstone Group.

The $90 million project is slated to open during the fourth quarter 2022.

“It’s been a long time coming,” said Thelma Gibson, a nurse, founder of Miami-Dade County’s women’s chamber and longtime West Grove resident. “It’s just so exciting to see that we are going to get an Aldi’s and a coffee place and all of the affordable and workforce housing. It allows some of our people to come back to the place that they love.”

Affordable housing options are limited in South Florida despite increasing demand as locals face stiff competition from Latin American investors, and Northeast and West Coast transplants. Aspiring buyers often rent since they are priced out of the single-family home market.

Still, few find refuge in the renters’ market. Units rent at an average of $1,800 per month, according to the latest RentCafé report.

The average is about 36% above what renters should be spending on housing costs. With Miami-Dade County’s median annual household income at $45,900, renters should pay about $1,100 per month — or within 30% of their income — on housing, not more, according to housing experts.

“We thought this would be a signature opportunity, something that would be important for the community,” Wolfe said.