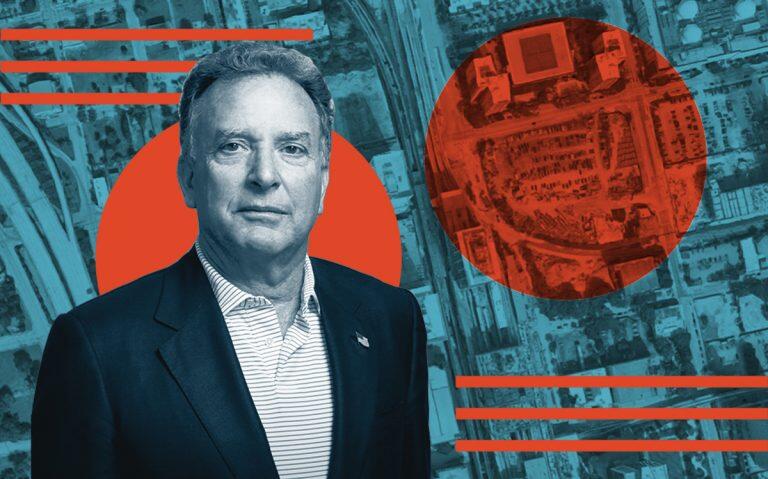 New York-based Witkoff and a partner swooped in to buy the site of MDM Group’s long-hyped — but now-canceled — Marriott Marquis Miami Worldcenter Hotel for $94 million.

Witkoff, led by Chair and CEO Steven Witkoff, and Chicago-based Monroe Capital bought the 4.7-acre site at 700 North Miami Avenue, according to a news release.

It is not yet clear what they plan to build, but the land is entitled for more than 60 stories and a mix of residential, hospitality and commercial. Alex Witkoff, principal of Witkoff, said in a statement that the firm is betting on the influx of financial, technology and media companies to Miami.

Manny De Zárraga of JLL led the property sale. Mack Real Estate Credit Strategies, through affiliates, provided floating-rate financing. Dustin Stolly and Jordan Roeschlaub of Newmark arranged the financing for the acquisition and pre-development design work, according to the release.

Monroe Capital, an asset manager, is led by Theodore Koenig.

Miami-based MDM Group, through its MDM Hotel Group, planned to build a 1,700 Marriott Marquis hotel and 600,000-square-foot expo center as part of the 27-acre Miami Worldcenter mixed-use complex. MDM, founded and led by Ricardo Glas and Luis Pulenta, bought the site for $45.25 million in 2017 from one of Worldcenter’s master developers, Nitin Motwani.

Florencia Tabeni, vice president of operations and development at MDM Hotel Group, said in an emailed statement that the project was scrapped in part because of the pandemic’s “toll on the meeting and conventions market.” Still, the company is optimistic about the recovery of the hospitality industry, she added.

Although tourism has rebounded in recent months, South Florida’s hospitality industry also relies on conventions that are yet to bounce back.