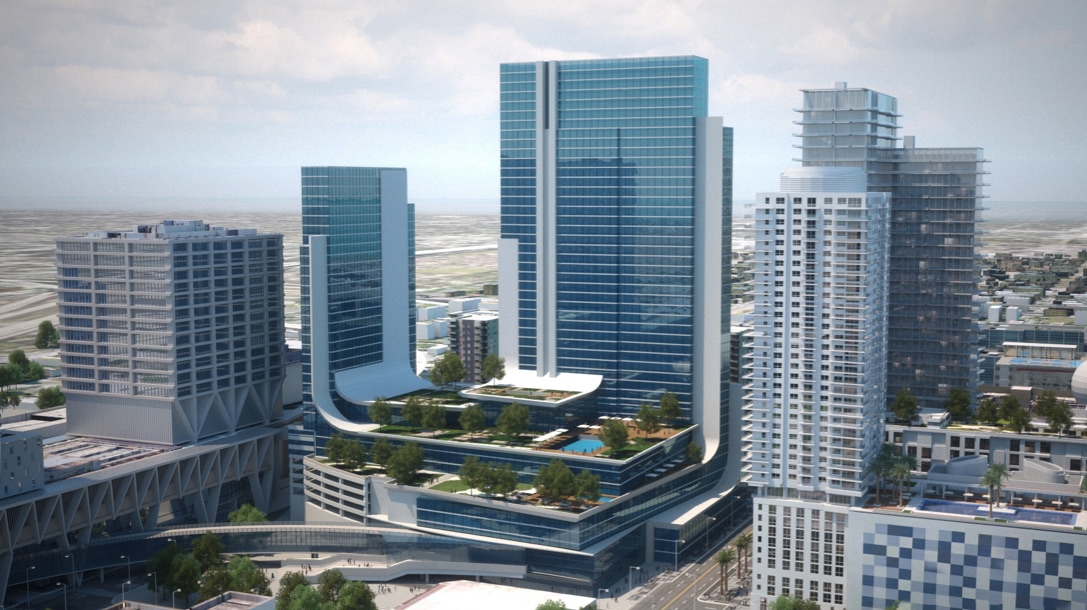 It appears that the former Arena site at Miami Worldcenter may be getting office space.

On November 19, Worldcenter’s master developer amended a restrictive covenant to allow for office to be developed on the property, county records show.

It isn’t clear if the new project will also have other uses.

However, it will be a “high density” development, according to a July statement by Witkoff Group and Monroe Capital, who own the property.

Previously, a Marriott expo center with 1,723 rooms and 500,000 square feet of convention space was planned on the property by Miami developer MDM.

There was also an option for MDM to add residences.

Witkoff and Monroe purchased the 4.7-acre site property from MDM in June for $94 million.

Published on December 09, 2021 on TheNextMiami.com