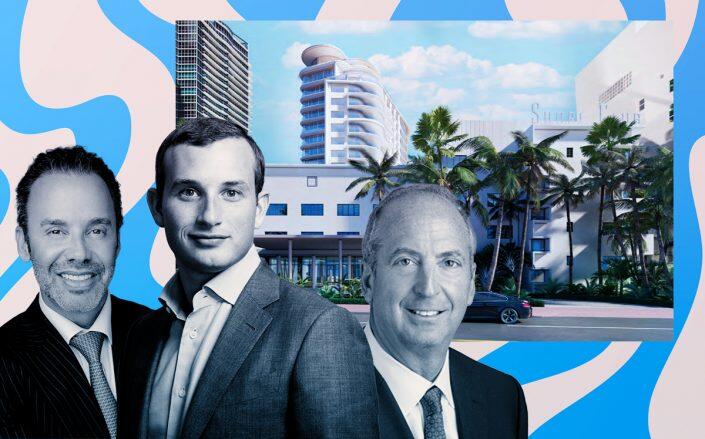 Monroe Capital tapped Douglas Elliman to lead sales of their planned Auberge-branded hotel and condo development at the Shore Club property in Miami Beach, The Real Deal has learned.

Top Elliman brokers Dina Goldentayer, Bill Hernandez and Bryan Sereny will be leading sales for the 49-unit project at 1901 Collins Avenue, according to sources. The expected launch marks a step forward for the Shore Club, which has been closed since the pandemic began.

The Auberge-branded oceanfront Shore Club property will include a new 17-story tower; a spa and members’ club; and a juice bar, restaurant and cafe bar. Robert A.M. Stern Architects and Kobi Karp Architecture & Interior Design are the architects. Approved plans also call for a 110-key hotel.

Auberge’s other properties include the Auberge du Soleil in Napa Valley and the Auberge Beach Residences in Fort Lauderdale.

The developers will return to the Miami Beach Historic Preservation Board in mid-December. They will seek a waiver that allows them to secure a demolition permit for part of the project, prior to securing a building permit for a new structure, in an aim to expedite the overall construction. The historic hotel was built in 1939 and redesigned by architect David Chipperfield in the early 2000s.

New York-based Elliman is familiar with the property: The brokerage previously led sales and marketing of the previous Fasano-branded project that the former owner, HFZ Capital Group, had planned for the site. That project was canceled before the pandemic. Monroe acquired HFZ’s interests in the Shore Club entities that owned the property in 2020, and brought Witkoff on as a partner.

The Shore Club will likely be one of a handful of new beachfront projects clustered near each other on Collins Avenue that will include a historic preservation component. New York-based developer Michael Shvo and his partners secured their final approval for the Raleigh Hotel-anchored development at 1751, 1757 and 1775 Collins Avenue in March. And a group led by New York-based Eldridge Industries’ Todd Boehly is planning a revamp of the Delano Hotel at 1685 Collins Avenue.

The Shore Club has faced a series of hurdles, including opposition from the nearby Setai Resort & Residences. The Setai condo association and entities tied to the Nakash family had challenged the historic preservation board’s May 10 decision in favor of Witkoff and Monroe Capital’s plans, but the board voted against a rehearing of the proposal in September.