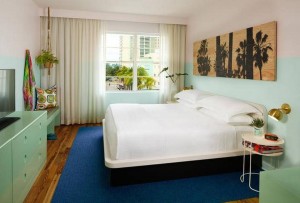 Bercow Radell & Fernandez Congratulates Its Client, Commune Hotels & Resorts, on the Successful Launch of the Thompson Miami Beach and the Future Opening of The Hall

The Hall, a 164-room hotel at 1500 Collins Ave., will open this summer. Formerly the Haddon Hall hotel and an adjacent apartment complex, the property will include a restaurant, courtyard, library, bar, pool and beer garden after extensive renovations.

Rockwood Capital bought the property in 2013 for a reported $34.5 million.

The company said a new 229-room Joie de Vivre hotel in New York City, another East Coast expansion, is set to open in 2016.

Hotels under the Joie de Vivre brand are individually designed with their locations in mind; the brand includes nearly 30 properties in California, Hawaii, Illinois, Washington, D.C. and Arizona.  – Hannah Sampson