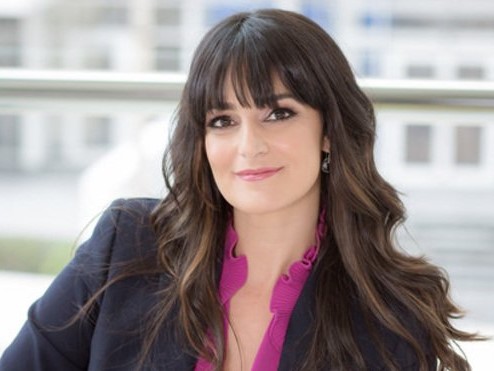 The firm also announced that as a result of its recent growth, it will shortly be moving to larger office space on the third floor of its current building, the Southeast Financial Center at 200 S. Biscayne Boulevard, Miami.

“We are thrilled to add Melissa’s name to the firm because she has shown through hard work and dedication that she can lead this firm into the future,” said Jeffrey Bercow, managing partner. “Seven years ago she was named our first female partner, a remarkable feat for someone her age. She is known throughout the Miami community for her drive, commitment, team leadership and problem-solving skills.”

The Miami native has a long record of civic service, and was one of 13 members appointed to the City of Miami Charter Review & Reform Committee. Melissa served as an Executive Director of the Latin Builders Association for the past decade, and as Chairwoman of the City of Doral’s Décor District Steering Committee.  She also holds membership in numerous other legal and civic organizations, including the Cuban American Bar Association, Builders Association of South Florida, Commercial Real Estate Women, and Friends of the Underline.

Through the years, Melissa has maintained close ties with her alma mater, Florida International University, playing an active role in the FIU Alumni Association and President’s Council.  She is currently serving as chair of FIU’s President’s Council for the 2017-2020 term.  As Chair, she led the Council’s efforts to support the Fostering Panther Pride initiative, which has raised $1.9 million to assist FIU students in securing tuition vouchers and providing counseling, room, board and life skills services to foster and homeless youth who no longer qualify for state support after age 18.

The Legal 500 has named her a “Recommended Attorney” since 2017. She was named a “Rising Star” by Super Lawyers® and an “Up and Comer” by Florida Trend’s Legal Elite. In 2016, she was recognized with the inaugural Latin Builders Association® (LBA) Leadership Award.  The South Florida Business Journal recognized her professional accomplishments and community leadership with its 2017 “40 Under 40” Award.

As an undergraduate at FIU, Melissa became active in student organizations. She worked with the University’s administration and Student Government Association to advocate for a student initiative for the approval and funding of a public law school in South Florida. In 1999, Gov. Jeb Bush appointed Melissa to the State of Florida Board of Education Postsecondary Education Planning Commission (PEPC), where she recommended legislation, funding, and policy initiatives to the Governor, Legislature, and Board of Education for both public and private higher education institutions.

Bercow Radell Fernandez Larkin & Tapanes has been instrumental in paving the way for the many properties that make Miami an exciting place to live, work and play, from new stores and hotels on Miami Beach to new mixed-use developments on the Miami River, in Coconut Grove, in Cutler Bay and in Hialeah.