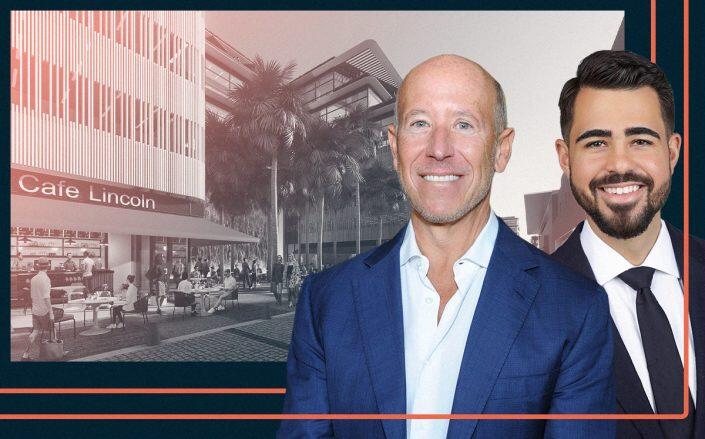 Controversial proposals to build offices in Miami Beach near the city’s famous Lincoln Road passed another hurdle on Wednesday.

The Miami Beach City Commission voted 5-1 to approve a slew of items needed for the proposals to proceed. Vice Mayor Kristen Rosen Gonzalez cast the sole dissenting vote after hours of heated debate with the rest of the elected officials.

Two development groups – one led by Don Peebles and the other by Integra Investments and including Barry Sternlicht as a co-developer – want to build separate projects on city-owned parking lots roughly between 17th Street and Lincoln Road, and Meridian Avenue and Alton Road.

Wednesday’s vote approved a slew of development regulation changes for the property, after commissioners preliminary approved the tweaks in May.

The vote also gave a preliminary OK to development agreements and ground leases between the city and the development groups, with another vote expected on July 20.

The final decision lies in the hands of city voters who will cast ballots on the proposals at a Nov. 8 referendum.

The plans have pitted Rosen Gonzalez against most of the rest of the commission, and caused a divide among some residents. Proponents envision the Class A office space as attracting financial and technology firms that have homed in on South Florida, to help Miami Beach shake its party image and allow the city to turn into a true live-work place. But opponents push back with concerns over increased traffic and say the city will be shortchanged by the developers’ planned lease payments. They also question the feasibility of building offices at a time when the future of workspace remains unknown because of the work-from-home shift.

“Witnessing all of this, and I hate to use this metaphor, is like witnessing a rape,” Rosen Gonzalez said during the commission meeting. “I say to all of my colleagues, ‘Somebody is getting raped, and they are screaming’ and no one is coming to help, and I can’t do anything about it.”

Others on the dais took issue with that. “It’s a shame for anyone to liken this deal to a violent, illegal act,” commissioner David Richardson responded. “I have never heard anyone do that before.”

The Peebles proposal, in partnership with former Miami Beach mayor Philip Levine and developer Scott Robins, is for a six-story building on 1.4 acres at 1664 Meridian Avenue. The plan is for 80,000 square feet of offices on three stories, 43 market-rate apartments on two floors and 9,500 square feet of ground-floor retail. The project would replace the existing 151 parking spaces with a garage, with the city still generating income from the spaces, and also add more parking for office tenants.

In the other proposal, Integra is partnering with Sternlicht’s Starwood Capital Group and Comras’ The Comras Company, both based in Miami Beach, on office projects on two lots: a 1.1-acre parking lot at 1080 Lincoln Lane North, and a nearby 0.9-acre lot at 1680 Lenox Avenue. The proposal is for 129,280 square feet of offices and 24,884 square feet of ground-floor retail in a six-story building on Lenox Avenue, and an eight-story building on Lincoln Lane. The development would include a public “pocket park,” the replacement of 192 existing parking spaces in a new garage, and additional spots for office workers.

Both leases would be for 99 years, or a 51-year term with two 24-year extension options.

The Peebles team would pay an initial lump sum of $2 million; $150,000 annually in construction rent; and a subsequent rent of the greater of $680,000 annually or 5 percent of the effective gross income. The rent would reset and increase at the 51st and 75th-year terms. In total, the payment to the city would be at least $143 million, or up to $345 million, over 99 years.

Commissioners supporting the projects argued that altogether the city stands to receive $1.5 billion from the development over the span of the leases.

“Throwing in the boogeyman of traffic just to inflame the public is a disservice to the public and misleading them,” commissioner Ricky Arriola said at the meeting. “I think we got some great terms and an aggressive timeline, and I think voters will overwhelmingly support this because they will see the facts and not the rumors and the inflammatory comments being made.

Peebles’s son Don Peebles III, who is a partner in the venture, also refuted concerns that the project would be a flop because of the work-from-home shift. It’s the developers who are on the hook to fill up the office space, while they are guaranteeing the rent to the city, he said.

“Miami Beach broadly is capturing a ton of tech and financial firm relocations,” Peebles III told The Real Deal after the meeting. “It’s great to see the city mature. Miami is bursting at the seams with talent, and we are seeing meaningful large corporate relocations.”