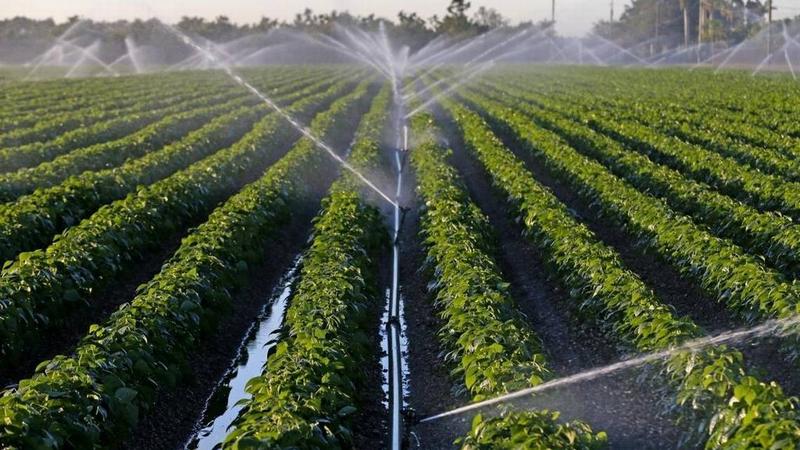 The county’s Planning Advisory Council, which recommends changes to the county’s master growth plan, sided with builders and agreed not to endorse a report that would have protected land west of Kendall. The area is also targeted for the expansion of the 836/Dolphin Expressway.

Instead, council members said they want to keep the land in play.

“I saw some good points from the builders in the minority report,” council vice chair Robert Alonso said, referring to a report issued by the Builders Association of South Florida. “It seems like there’s still discussions going on.”

The builders were part of a task force created by Mayor Carlos Gimenez that spent the last year looking at future growth and how to balance housing needs while protecting wetlands, drinking water wellfields and dealing with mounting traffic problems.  By state law, the county must identify at least a 10-year housing supply, although the county forecasts up to 15 years. 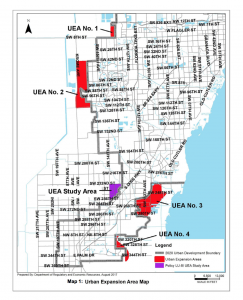 That’s created a pressure point amid long simmering battles over cheaper western land. Farmers and environmentalists have long fought expansion, which led to the creation of the urban development boundary in the 1970s to protect the Everglades, farm fields and wellfields. Since then, only about 53 square miles have been added.

The low-lying western land is also becoming more vulnerable to flooding as seas rise and a warmer climate is projected to increase rain. In a separate presentation to the planning council Monday, Katherine Hagemann, the county’s resiliency program manager, warned the canals that control saltwater intrusion and flooding to the west have already been impacted.

“The canals don’t drain the way they were intended to because the sea levels have already risen,” she said.

To balance the conflicting interests, the task force included the builders along with urban planners, traffic consultants, environmentalists, neighborhood community councils, the Miccosukee Tribe and farmers.

After more than a dozen meetings and workshops, the group agreed not to expand four areas already designated for future growth. They found housing supplies could meet population growth through 2039 east of the boundary. They also agreed to shrink the areas by removing protected wetlands and drinking water wellfields and instead focus on filling in housing in urban cores closer to public transportation.

But three months after county staff issued a final 530-page report, a faction led by the Builders Association created its own report and asked to more than double land for future growth west of Kendall.

“We can all live together,” said Truly Burton, the Builders’ Association vice president. “We just need to figure out a more refined way to do that.”

But farmers say the report threatens their future. The builders initially said farmers backed the expansion.

“We got blindsided by it. We didn’t know anything about it,” said Peggy Machin, with the Florida Nursery Growers and Landscapers Association.

Increasing pressure to develop and rising land prices have made farming in South Dade increasingly hard, she said.

“It’s getting to where the next generation can’t afford it. Some of our farmers have been farming in Homestead for over a hundred years,” she said. “Some of the families don’t want to farm anymore. They want to sell to developers.”

To maintain the industry, a county analysis said Miami-Dade needs to keep 52,000 acres of land in farming. About 57,000 acres now remains.

Builders say not moving the urban development boundary in 25 years is driving up land prices. They say the county needs to do a better job of preparing for future growth and complained that a recommendation to shorten the horizon on future growth to 10 years could bring more pressure on housing prices.

“The fact that it was recommended by the task force is not data and analysis,” said builder attorney Jeffrey Bercow. “That’s a popularity contest from a group of lay persons.”

A letter from the Everglades Coalition this month warned the builders’ demands did not reflect the desires of the full task force.

“It was very difficult for 27 individuals to come to a conclusion like that,” said Laura Reynolds, a member of the coalition who also represents the Hold the Line Coalition.

She said no one on the task force wanted to expand future growth “for any other reason than to continue building houses outside the urban development boundary.”

The recommendation now goes to state planners for comment before coming back to county commissioners. – Jenny Staletovich