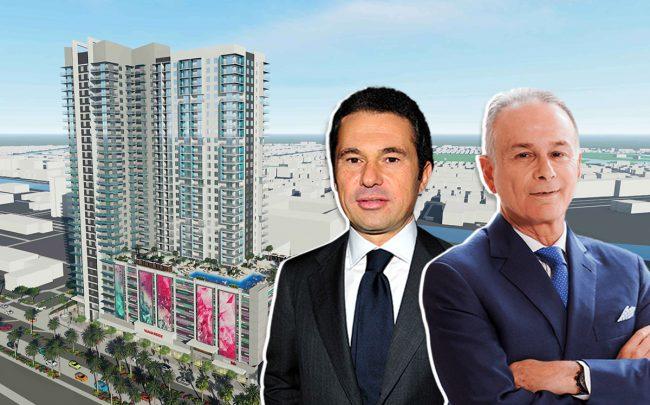 Property records show 2101 Aventura Property Owner LLC paid $10.7 million for the development site at 2101 to 2151 Northeast 163rd Street in February of last year. The site is in the Fulford Mixed-Use Town Center District, where the city hopes to encourage transit-oriented developments with the goal of creating an urban, pedestrian-oriented downtown.

The North Miami Beach project is designed by Dorsky Yue International. Amenities will include a pool and amenity deck on the ninth floor of the building with a yoga room, spa, kids room, club room, billiards room, lounge and cabanas. An amenity space will also line the west side of the building, featuring a pet grooming station, library for residents and co-working space.

Land use attorney Jeff Bercow, who’s representing the developer, said the project’s ownership is leaning toward building rentals as opposed to condos. The units will be a mix of studios, one-, two- and three-bedroom apartments.

Construction could begin by the end of this year, and the project would be completed two to two-and-a-half years later, Bercow said.

The project was originally designed to have about 600 residential units, but Bizzi & Partners reduced the number of units after hearing concerns from city staff and urban design consultants.

Bizzi & Partners, led by CEO Davide Bizzi, is also a partner in Eighty Seven Park, a luxury condo tower that Terra and other investors recently completed in North Beach.

Credit: Rendering of the project, Davide Bizzi and Jeff Bercow