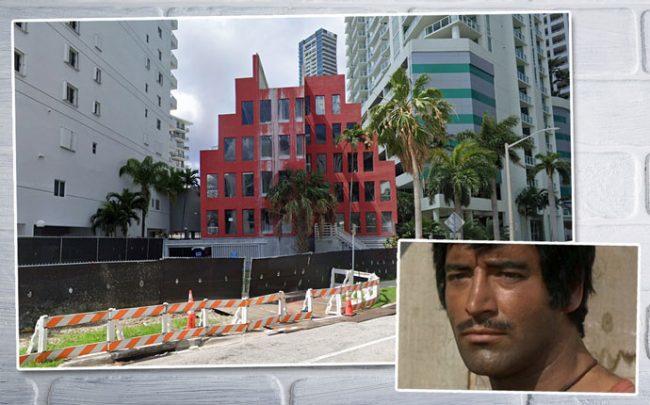 More than a year after a preservation effort failed to save Brickell’s Babylon Apartments from the wrecking ball, Miami’s elected officials handed the famed site’s owner another significant victory.

The city commission voted 4-1 on Thursday to grant Babylon International’s request to upzone the property at 240 Southeast 14th Street from 12 stories to 24 stories.

Commissioners Joe Carrollo, Willy Gort, Keon Hardemon and Manolo Reyes put aside objections from dozens of neighboring condo owners and residents, as well as an impassioned plea from Commissioner Ken Russell, whose district includes the Babylon site, that granting the owner double the allowable height would set a dangerous precedent for future development along a stretch of Brickell Avenue that is lined with older, mid-rise buildings.

“This is the domino that sets up future development,” Russell said. “I think we are making a mistake here. I think we are doing a giveaway when it is not justified.”

Russell had suggested allowing the developer to build up to 20 stories and granting other development bonuses, but he could not get a second to his motion. Melissa Tapanes Llahues, an attorney for Babylon International, which is owned by former Spaghetti Western star Francisco Martinez-Celeiro, said the company originally sought approval for 48 stories, arguing that her client’s property had been unfairly downzoned when the city adopted Miami 21 in the early 2000s.

But a procession of neighbors against the upzoning said a 24-story tower would add more traffic to an already congested small road, block their views and create a massive project out of scale with surrounding buildings. The city commission also received a petition against the 24-story application, which was allegedly signed by 787 residents of neighboring buildings.

Earlier this month, Babylon International commenced demolition of the two original buildings, which featured a ziggurat design and balconies draped in vines as a homage to the Hanging Gardens of Babylon. Arquitectonica was commissioned to design the Babylon in 1978. It was the firm’s second project after the Pink House, a 6,900-square-foot single family home in Miami Shores created for the parents of Arquitectonica co-founder Laurinda Spear.

The property’s original owner, Ray Corona, went to prison in 1987 following his conviction on racketeering charges that stemmed from his purchase of a bank from a marijuana smuggler, as well as laundering money for infamous Cocaine Cowboys Willie Falcon and Sal Magluta. Babylon International subsequently purchased the property at an auction. – Francisco Alvarado